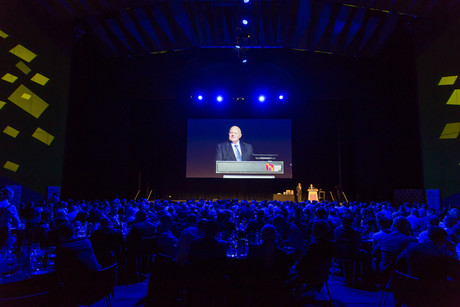 The recipients of the ARCIA 2019 Industry Awards were announced at the organisation’s annual gala dinner in November. Presented every year, the Awards recognise achievements in a number of categories, some relating to recent accomplishments and others acknowledging a lifetime of work. Members of the industry are encouraged to nominate their peers, from which shortlists are devised and final selections are made by a panel of judges.

The Professional Sales Award was presented to Johan Svean of STI Engineering, Perth. Johan has spent his entire professional life working for STI Engineering, starting out in marketing and technical support in 2006 after graduating with a master’s degree from the University of New South Wales. Johan has wide experience in wireless communications manufacturing for Australian and export markets. 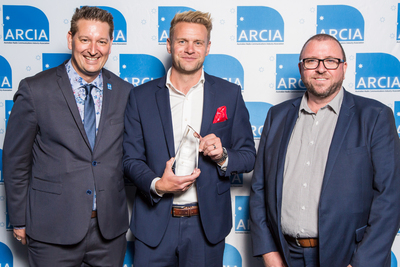 The Technical Excellence Award was presented to Hisham Kubaisi of Telechnics, Sydney. As part of the company’s projects and systems team, Hisham is often tasked with responding at short notice to complete on-site repairs and work within clients’ time constraints, which are often out of hours. 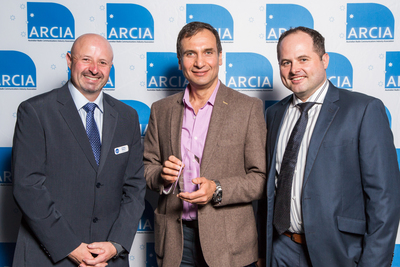 The Customer Service Award was presented to Andrew McGuiness of AA Radio Services, Melbourne. For the past 24 months, Andrew has ensured that all service KPIs and SLAs have been met for Victoria’s Emergency Services. He manages a team of six technicians who provide a rapid response and restoration service for the emergency service organisations. 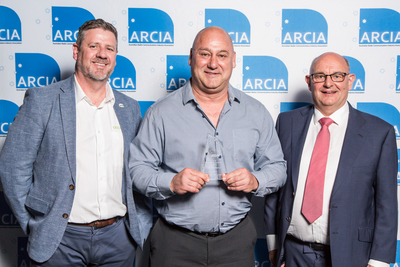 Every year, each of the winners of the five regional Industry Professional of the Year Awards are eligible for the national Industry Professional of the Year Award, also known as the Peter Wallace Award. Peter Wallace was a long-time member of the radio industry in Victoria and worked with every major supplier and user group in developing and extending the use of communications.

The 2019 national Industry Professional of the Year Award was presented to Stephen Bigg of the South Australian Ambulance Service, for his work over many years in providing support and planning for the Service’s communications needs. Stephen had been awarded South Australian ARCIA Industry Professional of the Year earlier in 2019. 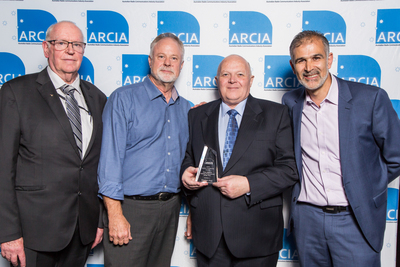 The Engineering Elegance Award was presented to Nick Barratt of Zetron Australasia, Brisbane. Nick is a senior digital gateway software engineer based at Zetron’s Brisbane R&D facility, who led a team of Australian engineers developing a radio workload manager for Zetron’s Command and Control radio dispatch system. Nick’s innovative design has resulted in the solution being successfully deployed for customers in the USA. 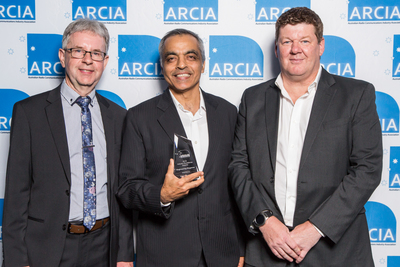 The New Talent Award was presented to Fraser Hutchinson of Motorola Solutions, Melbourne. Fraser entered the industry last year straight from university via the first Motorola Solutions Sales Graduate program intake. He quickly demonstrated his enthusiasm, passion, drive, presentation skills and ability to deliver, and has been instrumental in helping to launch new products. 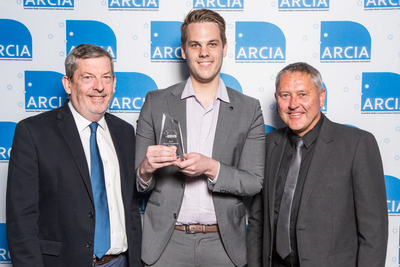 The recipient of the Community Service Award was David Cox. David uses the joy of music to help military veterans struggling with post-traumatic stress disorder, through an organisation he established in 2017 called Guitars for Vets Australia. David collects donated guitars and matches veterans with qualified instructors who donate their time with a 10-lesson plan. David loves music and, being a vet himself, this organisation means a lot to him and to those closest to him. 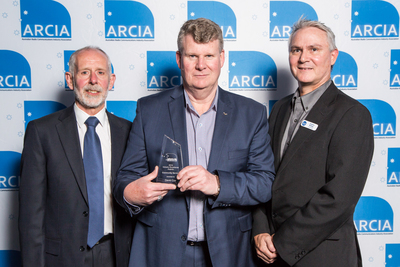 Life membership was granted to Anthony Blythe from Tait, a very popular choice. Anthony wasn’t able to be at the dinner to accept the honour, so a special presentation will be made at the ARCIA planning day in Brisbane next year.

There were two presentations of the Apprentice Trainee Award, the recipients being Mitchell Reid and Justin Lenkovic.

Mitchell, who wasn’t able to be present on the night, has been employed by Telechnics as an apprentice since 2017, and has become a valuable member of the service and systems team. He has completed more than 80% of his Certificate III in Electronics and Communications with an average pass mark of over 90%. He has a very high level of computer skills, which have enabled him to program and configure complex radiocommunication systems with little or no assistance from the senior systems team.

As a first-year apprentice with Karera Pty Ltd, Justin Lenkovic has shown a huge commitment to both his studies and daily work. He is willing and eager to learn various aspects of the industry and he takes on whatever task is thrown at him with a can-do attitude. His assistance at the ARCIA apprentice expo was admirable, as he was willing to talk to students and parents alike to promote the industry. Accepting his award on the night, Justin prompted a resounding round of applause with his plea for every company to take on an apprentice in order to strengthen the industry’s talent pool. 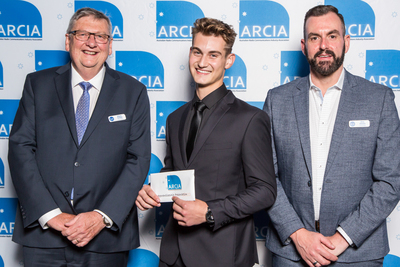 The final formal event of the evening was the presentation of the prestigious Jonathan Livingston Award, which recognises, service, loyalty, respect and leadership. The recipient for 2019 was Connie Taylor. Connie, like many in the industry, joined very young and started working in the spare parts department at Motorola Australia in the early 1980s. Connie worked hard and became the executive administrator to senior teams at Motorola. By the early 1990s the idea of government radio networks was taking off, and Connie coordinated Motorola’s early bid submissions and became the go-to person for tender responses. She put in long days and nights while never seeking additional compensation, but knowing that her efforts would help change the landscape of the market and the role of radio in Australia. 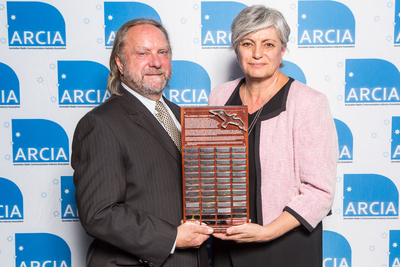 Joining Vertel, she again took responsibility beyond her role as the centre pin for the company’s Victorian sales and service operation. And now she is executive administrator for UK/Australia Simoco operations, a role she has held for nearly 10 years.

Over and above the commitment to her roles and professional approach to the industry, it has been what she has quietly achieved behind the scenes that has set her apart. Connie willingly coordinated ARCIA’s first professional response to the ACMA when the Association was just a fledgling, putting together a kind of response never seen before from our industry. The ACMA took notice, seeing a professional, consolidated industry.

What also sets Connie apart is her respect and support for colleagues and her ability to always consider the quiet workers within a company. She would regularly organise BBQs for the technicians and storespeople as a thankyou, often under her own steam, knowing that it is these largely unrecognised team members who work to help customers and get results.

Finally, after hours and on weekends, Connie also manages a not-for-profit organisation that supports teenagers undergoing cancer treatment at the AYA Clinic at the Monash Medical Centre. They have already raised more than $100,000 to pay for carers and aids for the patients.

All of this has made Connie Taylor a most worthy recipient of the Jonathan Livingston Award for 2019.

Comms Connect webinars in August and beyond