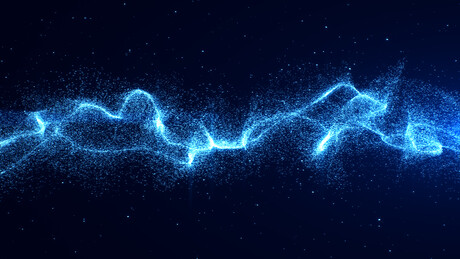 The recipients of the national awards for the Australian business- and mission-critical communications industry have been announced.

This year’s ARCIA Industry Excellence Awards ceremony was on online affair, as have been most gatherings and celebrations in the age of COVID-19. But despite the absence of the usual gala dinner and presentation ceremony, more than 200 people logged in from around Australia to watch the online event and take part in recognising and acknowledging the efforts of their peers.

Here are each of the award recipients and the citations that accompanied the presentations.

The recipient of this year’s award is Elisha McCann of Karera Communications. According to the citation, Elisha is a person “of remarkable ability” and “an outstanding sales person” who has won Karera several tenders exceeding the $100,000 mark, while also taking on the role as project manager for a few of these projects. Elisha “is a role model to anyone, female or male” who wishes to strive to be the best in their chosen field of endeavour.

The recipient of this year’s award is Alex Dalgliesh of Impulse Wireless. Alex “displays excellence every single day in both his customer-facing support and general technical support to the business” and has designed and written multiple pieces of software that have improved business processes. Adam Maclean from Maclean’s Waste said: “I don’t know where you found Alex, but be sure to keep him, he’s fantastic!”

The recipient of this year’s award is Wei Gong from Simoco Wireless. The Simoco DMR Coverage Extender is a new mobile radio application that extends the coverage of DMR networks into weak signal areas. Wei, as Simoco’s solution architect, was instrumental in leading the development of the coverage extender feature, which is now available in all Simoco DMR devices.

Each year, ARCIA’s state committee representatives are asked to select someone who has contributed to the overall benefit of their state’s industry — this can be someone from within the industry or even a client or communications user. The award is named after Peter Wallace, a long-term industry member in Victoria who worked with every industry organisation to support them and help make communications better.

The recipient of this year’s award is Michael Clarke from Radlink Communications. Michael was originally employed in a technical role within Radlink to service local clients on new radio systems. However, over time he showed initiative and has since been appointed as the State Manager for Radlink in South Australia. He has grown the business in Adelaide from just himself to a now-thriving business with multiple employees and is well respected by his clients and industry peers.

The recipient of this year’s award is Brayden Hall from Radlink Communications. Brayden’s technical ability can be seen in every project and bespoke product he delivers. His attention to detail and the engineering and technical ability he brings to the table is what sets him apart. “Working under pressure and tight timelines, while also mentoring graduate engineers, he delivers to the high quality our customers appreciate,” according to Radlink.

The recipient of this year’s award is Kevin Vo from Simoco Wireless. Kevin joined Simoco a year ago, and with a good understanding of radio systems, as well as IT systems, he has been able to provide the missing puzzle piece that joins these two worlds together, able to solve several customer problems that would have taken much longer without his ideas. Kevin has a valuable skill set, which helps Simoco seamlessly integrate these two worlds.

The recipient of this year’s award is Tony McTackett from Simoco Wireless. After serving in the Royal Australian Air Force for seven years, Tony joined Simoco in 1997 and has contributed significantly to the Australian radio industry. He is a Scout leader, fundraiser and regularly volunteers his time to help program radio networks for scout functions.

Over recent years ARCIA has decided not to try and select a single ‘Apprentice of the year’, as it believes this should not be seen as a competition but rather as a chance to recognise all apprentices who are brought to our attention. This year the following two apprentices have been recognised: Jai Gibson from Karera Communications and Trung Tran from Radlink Communications. Both of these young men will receive a technical gift from ARCIA.

ARCIA knows that there are many other worthy apprentices working in the industry, and has reminded businesses to put their names forward for recognition next year.

The prestigious Jonathan Livingstone Seagull award is given in recognition of personal achievement and excellence in the radiocommunications industry. The recipient of the 2020 award is Mark Mezzapica, Chief Technology Officer at RFI.

Mark completed an electronics degree at Sydney University and spent 10 years with the NSW Maritime Services Board where he worked across VHF and 27 MHz marine, and VHF mobile at the network level.

He came into contact with RFI when faced with the task of incorporating VHF simplex and duplex channels in the impossible marine allocations. He designed a system that would actually work, and was promptly offered a job with the company.

When he joined RFI in 1991 he started in the systems business and very soon moved to take up a leadership position in engineering within the RFI group.

Mark has given countless seminars and helped with industry training, including the ARCIA Professional Development program over the past two years. He is happiest when sharing his knowledge with his peers and young people.

Mark has co-authored patents for six different Australian and international products and has trained dozens of engineers. He is considered the peak expert on interference tracking and remediation and is universally acknowledged as an expert without peer in the fields of antenna systems, RF transmission in any media, multi coupling and lightning protection.

Critical Comms joins with everyone in the Australian business- and mission-critical communications industry in congratulating all of these worthy recipients.