A spectrum of possibilities 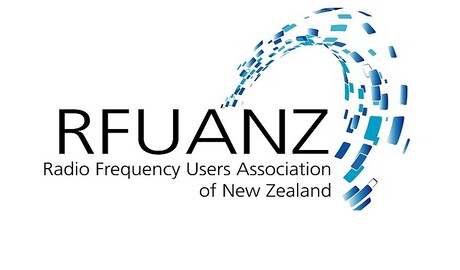 It’s great to be able to report that the 2021 annual Comms Connect New Zealand conference and exhibition will be going ahead at the Lower Hutt Events Centre on 12–13 May, with the annual Gala Dinner and Awards Night to be held at Te Papa on the 12th.

Training continues to remain in the forefront of the RFUANZ list of priorities, with considerable progress being made with Etec and Radio Spectrum Management for the introduction of a Level 4 program being made available before the end of the year.

Updates will be available through the RFUANZ bimonthly newsletter.

FirstNet is a public safety mission-critical broadband network in America that is similar to the Next Generation Critical Communications (NGCC) project for which the NZ Government has just released a tender. One of the members of the NGCC board is TJ Kennedy, ex-president of FirstNet.

The following excerpt from Andy Seybold’s Public Safety Advocate newsletter gives an update on one aspect of spectrum issues in the US, specifically the repeal of the T-Band ‘giveback’:

“As part of the 2012 Bill that included formation of FirstNet a condition was included that, in ten years, eleven major metropolitan areas and their surrounding suburbs were to lose public-safety spectrum along with some businesses also using the spectrum previously allocated to TV stations. Some of this 470–512-MHz spectrum was assigned to public-safety agencies in major metro areas and some to business users.

“A sale of the recovered spectrum was expected to provide billions of dollars in income to the Government. Lawmakers anticipated that FirstNet would be able to accommodate voice radio traffic from the T-Band systems. Many in the public-safety community recognized the risk of this spectrum sale and have been lobbying for the bill to be repealed. The National Public Safety Telecommunications Council (NPSTC) have been instrumental in providing evidence supporting these efforts.

“In December 2020, a funding bill was signed repealing the spectrum reclamation and ensuring that the T-Band will remain in the hands of public-safety and business radio users for ongoing voice communications.”

We don’t expect a similar change to radio spectrum here but there is an expectation that mission-critical voice services will gradually migrate to cellular (and away from radio). Andy Seybold’s update demonstrates that this migration hasn’t occurred to the extent anticipated in the US.

There is demand for simpler, cost-effective communications solutions that are backed by support...

Comms Connect New Zealand in May will feature a detailed case study of a DMR multisite simulcast...

Eligible applicants can apply for upfront grants to cover up to 50% of the costs associated with...