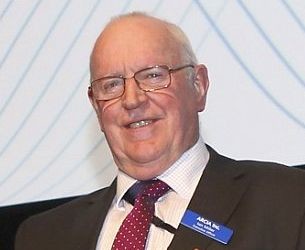 Earlier this year ARCIA received an invitation from FirstNet, the USA public safety mobile broadband organisation, to attend an international forum in Washington. FirstNet is an authority within the US federal government, established following reviews of public safety operations after the 9/11 terrorist attacks. In the 10 years since the recommendation was made to establish FirstNet, the organisation has surveyed all jurisdictions and public safety agencies, including first responders, to establish a set of requirements for a nationwide dedicated mobile broadband network.

With interest being shown from many international organisations, and with other nations also planning for public safety mobile broadband systems, FirstNet thought that a forum would provide an opportunity to share knowledge and establish networking opportunities. ARCIA’s executive team felt that this was an opportunity that should not be missed, and so I was asked to attend. We also suggested representatives from within various Australian government agencies who might benefit from attending. We were joined by representatives from the UK, Korea, Canada, Finland, Norway and Sweden.

Several members of the FirstNet team outlined progress, including how they determined requirements and options for the network. These presentations were quite detailed and gave attendees pointers on how to develop plans for mobile broadband.

FirstNet will be a public–private partnership, with the private partner (AT&T) basically building the system and then having access to the network for commercial purposes for a 25-year period, with public safety agencies having priority and pre-emption. An interesting facet of the plan is that a small portion of the network access fees will be returned to FirstNet to cover ongoing maintenance and upgrades. FirstNet will lease spectrum to AT&T but will retain control of it — that way, if there are any problems in the future, FirstNet will have the resources available.

Each of the other nations’ representatives gave an overview of their own progress to date, with the UK apparently well down the track towards a system operating as a mobile virtual network operator on EE’s mobile network. Korea is almost at the stage of conducting pilot trials with its government-owned network, with full operational trials to take place in conjunction with the Winter Olympics later this year. The Scandinavian countries are all still contemplating staying with their TETRA LMR networks for some time yet, but are planning for mobile broadband as they move ahead. And, of course, Australia is presently looking into options following on from the ministerial statements of November 2016.

The invitation to Washington indicates the respect that ARCIA enjoys, not just in Australia but in other countries as well. It was an excellent opportunity to gather information and to become a resource for governments and first responders here in Australia, as the planning and development of requirements for our local PSMB systems takes place. We were pleased to open discussions with FirstNet and, in conjunction with Comms Connect, are working to bring some key FirstNet personnel to Australia later in the year.

Ian Miller is a founding member and executive officer of ARCIA, and a leading independent radio communications consultant. With a long history in the industry in Victoria, he is strong supporter of Australian business and works towards improving professionalism and skill levels in the sector. Don’t miss his presentation on mobile broadband at Comms Connect Sydney on Thursday, 8 June.