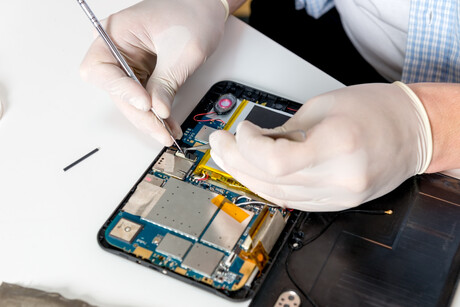 Businesses across Australia are disposing of electronic devices prematurely, including rugged devices such as handhelds, despite placing bigger emphasis on reaching sustainability goals, global research from SOTI has discovered.

Over 7 in 10 (72%) of IT leaders of Australian corporations believe devices are being disposed of unnecessarily, with laptops and tablets the most common prematurely disposed of electronics. This is despite 58% of these IT leaders having clear targets for reducing e-waste and more than 54% working towards corporate social responsibility (CSR) key performance indicators (KPIs) around sustainable device management.

Additionally, 54% have dedicated Enterprise Mobility Management (EMM) strategies to maximise their usage of devices, but clearly are failing to reap the full benefits of EMM solutions in extending their mobile device lifespans.

These findings have been detailed in SOTI’s inaugural sustainability report: Reduce, Reuse, Rethink: From Discard Mentality to Tech Sustainability. The report also highlights that almost 45% of Australian IT leaders believe tablets and laptops are unnecessarily replaced according to their ‘expected lifespan’, while 32% believe mobile phones and printers are also replaced for the same reason.

Despite having sustainability targets in place, and 62% of IT leaders agreeing that device management is an important environmental issue, 63% believe that having the latest mobile technology hardware at their disposal makes their organisation more attractive for workers. These results uncover an acute need of enterprises to identify viable models of operation that would enable them to marry up these seemingly contrasting aspirations.

Further exasperating the negative sustainable impact of e-waste, 40% of IT leaders in Australia replace mobile phones when the warranty expires, with 42% replacing laptops and tablets and 33% disposing of printers for the same reason.

In addition, 35% of IT leaders say their organisation replaces mobile phones whether they are working or not, while 45% do so with tablets and laptops and 30% also replace printers whether they are functional or otherwise.

Not only are sustainability targets being impacted, but enterprises are also wasting money by disposing of electronic devices prematurely.

While the financial resources for the replacement of devices are considerable, very little of companies’ budgets are dedicated to extending the lifespan of devices. For example, organisations commonly tend to relate the end of a battery’s life to the life of the device itself, when in many cases with rugged devices such as handhelds, scanners and barcode readers, batteries are changeable and the hardware can live on. Almost all (91%) of devices used by enterprises have replaceable batteries, yet only 35% of IT leaders’ annual budget is earmarked for battery replacement.

Drones are increasingly replacing unsafe jobs in a myriad of industries.