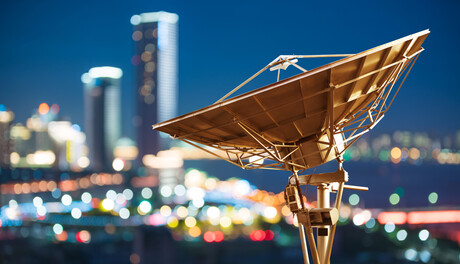 More spectrum flexibility, greater certainty and adaption in the face of new technologies are on the agenda.

The federal government has announced the reforms it plans to make to modernise Australia’s spectrum management framework, specifically the Radiocommunications Act 1992, which is nearly 30 years old.

The reforms come as new communications technology and applications are being developed at an ever-increasing pace. The government hopes they will provide spectrum users with more certainty and enable them to plan further ahead.

“A more flexible framework that provides a longer-term investment horizon will allow industry to better adapt to future innovations and changing demand for spectrum, including the rollout of future generation mobile technology,” said Minister for Communications, Cyber Safety and the Arts the Hon Paul Fletcher.

“The Morrison government has a clear reform pathway to modernise our spectrum management framework, which will deliver benefits to the telecommunications industry by cutting red tape,” he added.

The amendments, which are laid out in an exposure draft of the legislation (available at https://www.communications.gov.au/have-your-say/exposure-draft-radiocommunications-legislation-amendment-reform-and-modernisation-bill), are intended to clarify the purpose and functions of the Act, and more importantly to streamline the allocation and reallocation of spectrum.

Included in the amendments are:

In need of reform

According to research prepared for the Department of Communications by the Centre for International Economics in January 2015, the economic value of spectrum to the Australian economy was estimated to be $177 billion over 15 years. But changing technologies and usage patterns mean that figure is almost certainly out of date.

Following a Spectrum Review in 2015, followed by reviews of spectrum pricing and Commonwealth-held spectrum (completed in 2018), the federal government opened a consultation process in May 2017 on a partial exposure draft called the Radiocommunications Bill 2017. But following feedback from the consultation, the government decided that — rather than rewrite the entire legislation — it would instead “pursue targeted amendments to address priority issues and deliver tangible benefits to industry and consumers, while reducing the transitional costs and burden on spectrum users”. It then committed in 2019 to amending the Radiocommunications Act 1992 to bring it into line with 21st-century communications practice.

According to the current consultation paper, the ACMA will be given amended powers over direct spectrum allocations, allocation limits and re-allocation of encumbered spectrum.

Insofar as licensing is concerned, the amendments will provide longer licence terms, “greater clarity to licensees about the prospect and process for having a further licence issued at the expiry of an existing licence” and a “public interest test will now apply to the issuing of both further apparatus licences and further spectrum licences, where the further licence is for a period of 10 years or more. This means that ACMA cannot issue this further licence unless it is satisfied that it is in the public interest to do so. The public interest test is designed to ensure that spectrum is being used efficiently, by preventing it being locked up in uses that are no longer the highest-value use.”

After the consultation period has ended, the draft amendments are expected to be finalised for consideration by the government and introduced into the federal parliament by the end of 2020.

The ACMA will then be responsible for developing and implementing new spectrum management arrangements in accordance with the amended legislative framework.

Stakeholders can submit feedback on the proposed reforms by Friday, 17 July 2020 by visiting www.communications.gov.au/spectrum-reform.