How September 11 changed me

Unfortunately, it takes a crisis to find where problems lie and the path to repair.

If you remember September 11, 2001, that day is most likely imprinted on your mind like no other day.

You remember what you were doing and who you were with. You may remember feeling confused and a sense of utter disbelief as you watched the results of the first plane’s impact on 1 World Trade Center. You may have even thought — if only for a moment — “wow, what a tragic accident”.

But then, you recall how that disbelief turned into horror and anger when the second plane seemed to deliberately crash into 2 World Trade Center. In an instant, it was obvious that this was not an accident — but an attack on the United States.

In 2001, I was serving as a professional staff member for the Senate Committee on Appropriations under Senator Fritz Hollings of South Carolina on the Subcommittee for Commerce, Justice, State, and Related Agencies. The morning of 9/11 was particularly frenetic because we were scheduled to introduce our FY2002 Appropriations Bill for Senate debate and vote that morning. My colleagues, Luke, Jill and I were in our office — located in the U.S. Capitol — scrambling to get everything together to support the Senator for the day’s activities.

Being a Senate Office, there was always a TV on and I vividly remember the news breaking as we gathered papers. We were dumbfounded and stunned but continued our preparations until the second plane hit a few minutes later. We, along with the rest of the world, were in shock and, to an extent, paralysed.

A half hour later, we looked out our window to see smoke coming from the Pentagon; that evening we would find out that a plane, most likely headed for the Capitol, had crashed in Pennsylvania. But for the heroism and selflessness of the passengers on Flight 93 that day could have ended very differently for me and others in the Capitol Building.

After our evacuation we all tried to call our families; however, the cell networks were flooded with calls and would not be available for the rest of the day. Together we began a day-long trek through D.C. trying to figure out how to get home, with roads and trains either shut down or congested.

In the days that followed, Congress and the White House attempted to understand what happened — including issues that may have hampered emergency response to the crash sites.

One issue that was immediately apparent was the failure of first responder communications systems during the response. Specifically, the inability of responders from different departments and jurisdictions to communicate over their various radio systems during the event, which was determined to have been a factor in the inability to evacuate 343 firefighters from the World Trade Center buildings, who all perished as a result.

As the Senate Appropriations staff member responsible for accounts related to state and local public safety, I began meeting with experts and public safety leaders to understand what went wrong. What I learned was extremely complex, but, put simply, there were no robust standards in place to allow for communications between radios made by different manufacturers and operating across different frequencies.

This was a tough problem for people to accept, including myself. Our first responders could not talk to each other across radio systems, while we as cellular customers called whoever we wanted to without worrying if they were operating on another carrier’s network or if their phone was a different brand than our own.

The near-term legislative solutions were to develop grant programs that would make millions of dollars available for new interoperable radio systems at the state and local level and provide funds to ensure standards existed to support interoperability (my good friend Kevin Kimball’s idea). I had no idea at the time that this would become the issue that would shape and frame the next 20 years of my career, which is how I found myself at the National Institute of Standards and Technology (NIST) beginning in 2002.

With the federal government’s rapid focus on improving first responder communications, it became obvious that NIST, with its long and distinguished history in advancing standards and technology, would be a critical player in addressing this important challenge. While NIST had a small program in public safety communications in 2002, leadership recognised that an expansion was both needed and inevitable. So, when NIST posted a program manager position to shepherd the growth of public safety communications research, I saw an opportunity to transition my career to a path that I had, unexpectedly, been part of creating.

Over the next 10 years, I worked with an incredible group of scientists and engineers from NIST and the National Telecommunications and Information Administration’s (NTIA) Institute for Telecommunication Science (ITS). We helped advance the state of standards for public safety radios, develop the first compliance program for those radios, improve their radio audio quality, and assisted public safety in charting the course to the next leap in communications — broadband technologies.

See, back then and still to this day, it is common for public safety departments across the United States to own and operate their own radio systems — either at the state or local level (and sometimes both). These can be systems made by different manufacturers and operating on different parts of the radio spectrum. So, it is not difficult to understand how communications problems could creep up when large-scale emergencies require multiple agencies to come together and communicate in order to respond.

With the promise of 4G broadband technology on the horizon, my team and I saw an opportunity to help shape the future of public safety communications by addressing interoperability issues. Plus, there was a chance to give public safety practitioners access to applications and features that they did not have with their existing systems. Working with national leaders from public safety and government, we lent our technical expertise to the endeavour of arguing for a single nationwide public safety broadband network (NPSBN) that would allow a first responder to go anywhere and talk and share data with anyone across the nation.

After years of research and discussion, the efforts culminated in the passage of the landmark Middle Class Tax Relief and Job Creation Act of 2012. This legislation funded and dedicated spectrum for the creation of an NPSBN, named FirstNet, that fundamentally changed public safety communications capabilities. Additionally, the legislation recognised NIST’s importance in this effort — providing a one-time $300 million for NIST to perform research and development so that responders could take full advantage of emerging broadband technologies.

With the passion and dedication of an incredible team of people from across NIST and our wonderful stakeholders, we find ourselves today having developed critical measurement tools for new public safety features. We have also funded more than 179 entities worldwide to engage their expertise in this cause, plus awarded prizes to 176 teams that stepped up to create solutions to public safety’s challenges.

New companies have been formed, new academic focus areas have been launched and products are finding their way to market. We have even shaped conversations around future first responder communications involving virtual and augmented reality in heads-up displays. So, I can confidently say that this program is changing the future of public safety communications. For me, it all started on September 11, 2001. 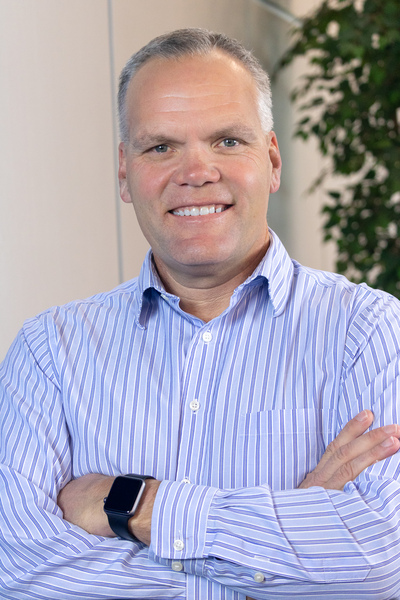 *Dereck Orr is Chief of the Public Safety Communications Research Division of the NIST in the United States, which serves as an objective technical advisor and laboratory to FirstNet and the Department of Homeland Security. He has led the program in its mission to accelerate the adoption and implementation of the most critical public safety communications standards and technologies since 2002. Dereck holds a Master of Public Policy from the College of William and Mary.

Reprinted with permission from NIST.