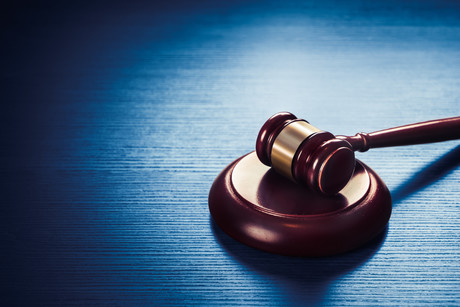 Motorola Solutions announced on 14 February that a jury in the US District Court for the Northern District of Illinois has decided in favour of the company in its trade secret theft and copyright infringement case against Hytera Communications Corporation Limited of Shenzhen, China; Hytera America, Inc.; and Hytera Communications America (West), Inc. (collectively, “Hytera”).

In connection with the verdict, the jury awarded Motorola Solutions US$345.8 million in compensatory damages and US$418.8 million in punitive damages, for a total of US$764.6 million.

Motorola Solutions was awarded the maximum amount it requested.

The company said that it will now seek a worldwide injunction preventing Hytera from further misappropriating Motorola Solutions’ stolen trade secrets and infringing its copyrights.

“Motorola Solutions has always invested significantly in research and development to bring pioneering and beneficial technology to our customers around the world. In contrast, Hytera was simply profiting off of the hard work and innovation of our world-class engineers.

“The jury’s verdict validates our global litigation against Hytera by definitively affirming that stealing trade secrets and source code will not be tolerated.”

“We are pleased that, as in other jurisdictions around the world, the jury in the US District Court for the Northern District of Illinois found that Hytera intentionally violated the law by misappropriating and infringing Motorola Solutions’ intellectual property,” added Mark Hacker, General Counsel and Chief Administrative Officer, Motorola Solutions.

“We remain committed to defending our valuable intellectual property and ensuring that Hytera is punished for its deceptive and illegal acts as we continue delivering exceptional products and solutions for our customers.”

The company amended its complaint on 30 July 2018 to include copyright infringement allegations, asserting that Hytera also unlawfully copied Motorola Solutions’ source code into the source code used in Hytera products in violation of US copyright laws.

The decision relates to claims that are separate from Motorola Solutions’ patent infringement case against Hytera, which is pending in US District Court for the Northern District of Illinois and is expected to proceed to trial in late 2020 or early 2021.

The US International Trade Commission (ITC) previously ruled that Hytera’s two-way radios and repeaters infringe four of those patents and issued exclusion orders prohibiting the importation and sale of certain Hytera products in the US. Hytera did not appeal the ITC’s ruling.

A critical piece of comms equipment will be reduced to chip size using a combination of...