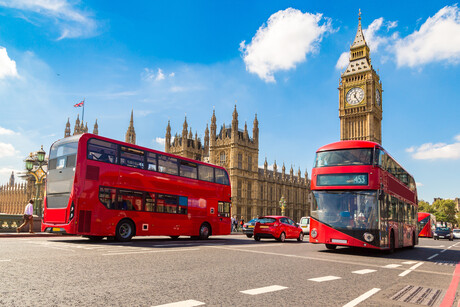 In a Bulletin notice issued on 23 October, Ofcom said that a Statement of Objections gives notice of a proposed infringement decision under the Competition Act 1998 to the parties involved. It is not a final decision and parties have the opportunity to make written and oral representations in response to the alleged case set out by Ofcom.

Ofcom has provisionally found that, between 5 September 2018 and at least 18 September 2018, senior employees at Motorola and Sepura exchanged information on strategic pricing intentions for the tender run by the Police ICT Company.

Motorola and Sepura can now make representations to Ofcom, which it will carefully consider before taking a final decision.

The full information on the Ofcom website reads as follows:

The Statement of Objections sets out Ofcom’s provisional view that the Parties infringed Chapter 1 of the Competition Act 1998 and Article 101 of the Treaty of the Functioning of the European Union by exchanging competitively sensitive information relating to future pricing intentions in connection with a procurement exercise run by the Police ICT company in 2018.

Specifically, the Statement of Objections alleges that Motorola and Sepura participated in a concerted practice that had the object of preventing, restricting or distorting competition in the supply of TETRA devices, accessories and related services for use on the Airwave network in Great Britain and may have affected trade within the UK and between EU Member States. The Statement of Objections states the facts on which Ofcom relies; the objections we have raised; the actions we propose to take and our reasons for proposing to take those actions. It represents one stage in Ofcom’s investigation and no assumption should be made at this stage that there has been a breach of competition law.

The Parties can now make representations to Ofcom, which will be carefully considered before Ofcom takes a final decision.

Airwave is a private network in Great Britain which is used by the emergency services. It is based on terrestrial trunked radio (TETRA) standards and allows two-way radio communications between public safety users and commercial organisations. In 2014, the Home Office launched a tender to replace the Airwave network with a new network called the Emergency Services Network (“ESN”), a 4G commercial mobile LTE network. However, the roll-out of the new ESN is delayed meaning TETRA devices, accessories and related services for use the Airwave network are required for longer than had been anticipated. In 2018, the Police ICT Company ran a procurement exercise – acting as a central purchasing body on behalf of Airwave users – in order to address a forecasted shortfall in TETRA devices, accessories and related services for use on the Airwave network arising from this delay.

Ofcom has opened an investigation under the Competition Act 1998 (the “Act”) into the potential sharing of commercially sensitive information, including information on future pricing, between competitors in the provision of equipment and related services in the electronic communications sector in the UK.

This investigation will examine the potential sharing of commercially sensitive information between competitors in the provision of equipment and related services in the electronic communications sector in the UK and determine whether there has been one or more infringements of the Chapter I prohibition and/or Article 101 of the TFEU.

This investigation is at an early stage and we have not reached a view on whether there has been an infringement of competition law. If Ofcom finds there is sufficient evidence of one or more infringements of competition law, we will issue a Statement of Objections to the relevant providers. We will keep this page updated with key developments as the case progresses.