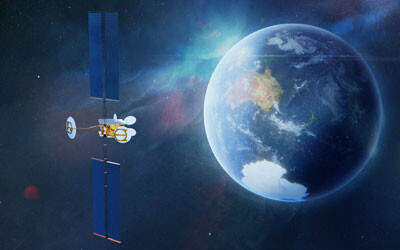 The Optus 11 satellite will use Ku band spectrum and have a footprint spanning from Antarctica to the Cocos Islands and the Pacific.

Optus has announced that it will launch a new, software-defined geo-stationary communications satellite, to be known as Optus 11, in 2023.

Announcing the contract for the OneSat satellite from Airbus Defence and Space, Optus called the development “a giant leap in its satellite business”.

The satellite will cover Australia and New Zealand from the current Optus D1 orbital location of 160° east. Broadcaster Sky New Zealand will be its initial customer.

According to Optus, the company will be “the first satellite operator in Asia Pacific to launch a software-defined satellite that can provide both flexible concurrent broadcast and broadband services via a very high-throughput satellite (VHTS) design”.

The satellite will be “fully configurable in space, meaning its location, coverage, bandwidth and capacity can be changed in orbit as customer demands evolve — where traditional satellites are limited by on-ground configurations that cannot be altered after launch”.

“Optus 11’s software-defined technology marks a paradigm shift in how satellite communication will be delivered across Australia and New Zealand and it will offer unparalleled flexibility for our satellite customers,” said Optus Managing Director, Wholesale, Satellite and Strategy, Ben White.

“Telecom markets don’t stand still and the ability to reconfigure payloads in-orbit is a game changer. It allows us to adapt to shifting business landscapes and tailor the delivery of services and capacity through dynamic beam-forming technologies.”

Optus 11 is also able to carry a satellite-based augmentation system (SBAS) payload. SBAS promises to boost the accuracy and precision of GPS and other positioning systems across the region, enabling the pinpointing of locations to within 10 centimetres.

“Optus 11 will add capacity and resilience to our satellite fleet and its unique capabilities will give our broadcast customers the option to tailor their dynamic video delivery via IP streaming, and our broadband customers can benefit from better performance and higher individual throughputs,” White said.

“In addition, it will support the Optus mobile network using satellite backhaul and the government’s Mobile Black Spot Programs (MBSP).” 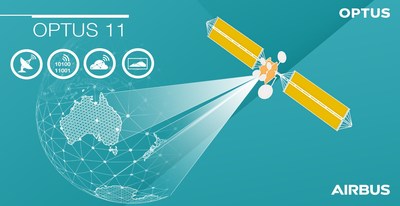 Optus says the new satellite will make the company the first operator in the world to use Ku band (11–14 GHz) spectrum for software-defined VHTS in both broadcast and broadband services.

Optus 11’s coverage area will reach from Antarctica in the south to the Cocos Islands in the west, and cover a large portion of the Pacific.

It will also have the ability to provide tracking spot beam coverage for aircraft and vessels within the satellite’s footprint.

The launch of Optus 11 will take the number of Optus satellites in orbit to six, which will be the largest in the company’s and Australia’s history.

In other satellite news, a UK government-led consortium has successfully bid for ownership of satellite company OneWeb. The US$500 million public investment will give the country its first sovereign space capability.

Consortium member Bharti Global is also putting in US$500 million. Through its subsidiary, Bharti Airtel, it is the third-largest mobile operator in the world, with more than 425 million customers and an extensive mobile broadband network.

The deal is subject to US court approval and regulatory clearances and is expected to close before the end of 2020.

“Our access to a global fleet of satellites has the potential to connect millions of people worldwide to broadband, many for the first time, and the deal presents the opportunity to further develop our strong advanced manufacturing base right here in the UK,” said the UK government’s Business Secretary, Alok Sharma.

Comms Connect webinars in August and beyond