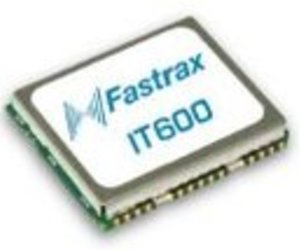 Fastrax has unveiled the IT600, including GPS, Russian-based Glonass, Japanese QZSS and SBAS in a single receiver module.

In addition to supporting global navigation satellite systems, the device is designed to also support other positioning systems such as European-based Galileo and Chinese Compass/Beidou2 in the future.

The receiver module is specifically designed to serve the needs of the motor vehicle industry. Enabling both GPS and Glonass generally doubles the number of visible satellites compared with using GPS only, reducing the time to first fix and increasing positioning accuracy, especially while driving in urban canyons.

Dead reckoning estimates the position of the vehicle when satellite signals are unavailable. The module can use an analog gyro and odometer pulse and can later be complemented with a digital three-axis gyro and differential wheel pulse from a vehicle’s CAN interface to compensate for possible unavailability of GNSS signals.

The device has 32 dedicated tracking channels that are dynamically assigned to acquire and track a mix of GPS, Glonass, QZSS, Galileo and Compass/Beidou2 signals. The module is able to operate normally with only one of the global navigation satellite systems or use several systems simultaneously.

The module is based on the ST Teseo II GNSS chipset (STA8088EX), marking the first time a Fastrax module has been based on a chipset from STMicroelectronics.

Keysight Technologies is holding its Keysight multi-industry virtual live conferences from 23 to...

Keysight Technologies has introduced the high-fidelity digitiser application option for its...

The KOR-24A Wideband Small Tactical Terminal, co-developed by ViaSat and Harris Corporation, has...

I am interested in Fastrax IT600 GNSS receiver module . 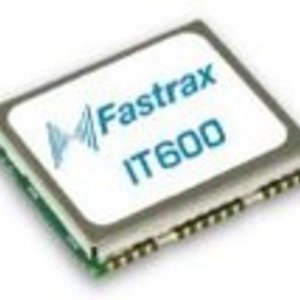