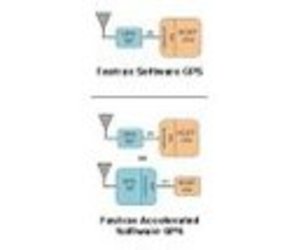 Fastrax has introduced a software-based GPS receiver solution, with the aim of extending the use of location-based services in consumer electronics.

It is expected to increase the speed of adoption of GPS functionalities beyond the highest-end mobile phones and laptop computers. Target platforms include mid-tier phones, digital cameras, personal navigation devices and other devices used while on the move.

While traditional GPS solutions require the integration of a hardware component, making the design more complex and adding to the cost, a software-based solution is cheaper and has easily adjustable features.

The processor requirement is roughly 10 MIPS per tracked satellite. In contrast, the software GPS solutions already introduced are typically developed based on PC solutions, originally built without explicit need to optimise power drain or processor usage.

According to company estimates, the software-based approach to GPS will reduce the bill of materials to less than 3 USD per device, while still offering a similar level of performance as hardware-based stand-alone receivers.

The limited requirements for processing power and memory usage make the software a feasible alternative even for less-powerful processor platforms.

The company’s software enables the use of hardware accelerators on platforms that do not have the processing power to run a full software GPS solution.

To ease the deployment in different kinds of devices, the software GPS and accelerated software GPS are configurable to obtain the best performance on every platform, depending on processing power and memory available.

The desired trade-off between navigation performance and CPU usage can be flexibly set to suit the needs of individual devices and applications.

Due to the high level of portability in the original iSuite design, porting the software to new operating systems and hardware platforms is quick and straightforward. It has already been ported to x86 and ARM processors and Windows, Windows CE and Linux operating systems.

Keysight Technologies is holding its Keysight multi-industry virtual live conferences from 23 to...

Keysight Technologies has introduced the high-fidelity digitiser application option for its...

The KOR-24A Wideband Small Tactical Terminal, co-developed by ViaSat and Harris Corporation, has... 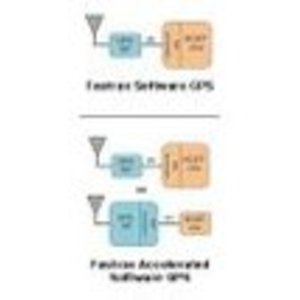