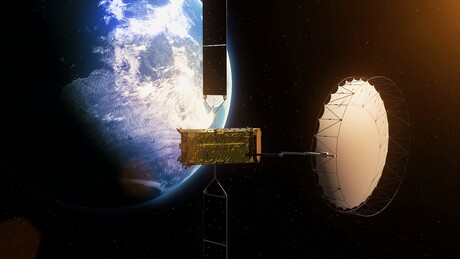 Inmarsat and semiconductor company MediaTek have collaborated on field trials, the results from which will be contributed to the 3GPP’s Rel-17 standardisation work on Non-Terrestrial Network (NTN), which is part of its overarching initiative to establish 5G standards towards new use cases and services.

According to Inmarsat, the successful test builds the foundation for hybrid satellite and cellular networks to enable new ubiquitous 5G IoT services at global scale.

“MediaTek is a leading connectivity provider and contributor to 3GPP standards, and our ongoing work with Inmarsat GEO satellites will help drive 5G innovation across verticals like IoT.”

The two companies ran the test with a base station located at the Fucino Space Centre in Italy developed by Taiwan’s Institute for Information Industry.

The test device, built with MediaTek’s satellite-enabled NB-IoT chipset, was located in Northern Italy. The prototype system established a communication channel and data transfer with Alphasat.

The successful test could provide proof of the feasibility of new global standards and open market potential of using a single device for connecting both satellite and cellular networks.

Founded in 2004, Swoop operates one of the largest fixed-wireless networks with 220 towers across...