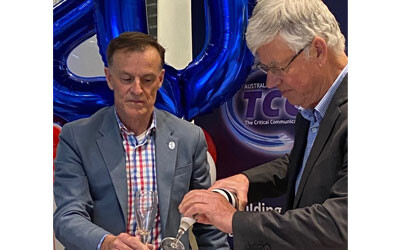 On the 8th of December last year, the Australasian Critical Communications Forum Limited (ACCF) celebrated its 20th anniversary during its AGM, with guests from around the world joining the online event.

During the event ACCF Chairman Anton Abrahams thanked Tony Gray, who is retiring as the CEO of the TCCA, for his support to the Forum and congratulated Kevin Graham on his appointment as the new TCCA CEO. The ACCF also thanked Graham, the founding member of the Forum, for his dedication and services to the Forum since its inception, and wished him success in his new appointment.

Alongside TCCA objectives, ACCF advocates on behalf of mission- and business-critical stakeholders in the Australasian region with respect to the development and establishment of global non-proprietary LMR and LTE broadband standards to ensure that stakeholder and professional user requirements are adequately addressed, and cooperates with standardisation bodies such as ETSI and the 3GPP.

The ACCF has 25 members in Australia and New Zealand whereas TCCA has over 150 member organisations globally, comprising governments, vendors, integrators, telecom operators, and users in transportation, utilities and the resources industries.