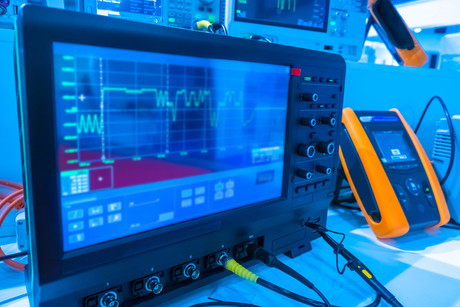 Called MCS-TaaSting — mission-critical testing-as-a-service — it aims to develop an MCS IP-based test engine that will be available via both a cloud service and LTE hardware for the conformance testing of mission-critical applications.

The US National Institute of Standards and Technology’s (NIST) Public Safety Communications Research (PSCR) division has granted more than US$6 million to the Mission Critical Voice Test Equipment (PSIAP-MCVTE) initiative.

The largest share of the grant, more than US$3.5 million, has been awarded to the Networking, Quality and Security (NQaS) research group, part of the University of the Basque Country.

The team is led by Dr Fidel Liberal, a well-recognised expert who works in different mission-critical communications and 5G related R&D projects including mission-critical open platform (MCOP). He has also served as technical expert for all four ETSI MCX Plugtests.

“A lack of certification programs for critical broadband has allowed the misuse of the MCPTT/MCData/MCVideo terms with vendors making ambiguous claims such as ‘3GPP aligned’, ‘MCPTT ready/capable/forward-compatible’ and so on, thus jeopardising customer confidence,” Dr Liberal said.

“To address these issues, the main objective of the MCS-TaaSting project is to develop flexible testing tools for 3GPP’s MCS standards and associated certification procedures based on complete and accurate RAN5 Technical Specifications and TTCN3 code suite and tester.

“This will drive the market forward and benefit the entire mission-critical broadband communications ecosystem.”

The MCS-TaaSting approach aims to fulfil the specific needs of the mission-critical and public safety community by enabling cost-efficient frequent testing, retesting, certification and recertification of the myriad and increasing combinations of devices, operating systems, middlewares and applications.

As a result, it will be possible for the increasingly heterogeneous industry to prove the 3GPP standard-compliance of their implementations, and reassure users and operators that they are buying certified and interoperable products.

The testing processes will be aligned with existing certifications processes for consumer and PMR equipment from organisations such as the GCF (Global Certification Forum), PTCRB and TCCA, which developed and manages the TETRA Interoperability Certification process (IOP).