NBN Co. has completed installation of its ninth satellite ground station, at Waroona in Western Australia, in preparation for the launch of the company’s Long Term Satellite Service.

This brings the number of satellite ground stations to nine, with a tenth due for completion at Ceduna, South Australia, early next year.

The other eight stations are located at Bourke, Wolumla and Broken Hill in New South Wales; Carnarvon, Geraldton and Kalgoorlie in Western Australia; Roma in Queensland; and Geeveston in Tasmania.

NBN Co. says the satellite ground stations will be “critical pieces of infrastructure, essential to the delivery of NBN’s Long Term Satellite Service, due to launch in early 2016, or sooner if possible”.

Each ground station features two, 13.5-metre satellite dishes, with Wolumla and Kalgoorlie having an extra two dishes each for backup, telemetry and tracking.

Most of the stations have on-ground solar power farms, designed to offset the power consumption of the facilities. 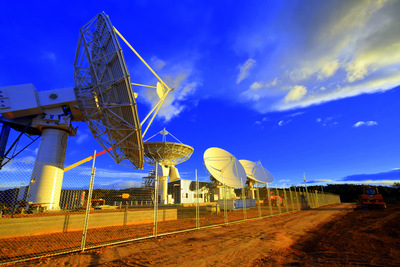 “When fully operational, each NBN satellite ground station will be capable of transmitting 10 gigabits per second - which is equivalent to downloading one HD movie every second,” he said.

The completion of the stations follows the launch of NBN’s Satellite Subsidy Scheme and the addition of extra capacity to the Interim Satellite Solution, both designed to provide broadband access to remote and regional Australia until the launch of the company’s Long Term Satellite Service.

Founded in 2004, Swoop operates one of the largest fixed-wireless networks with 220 towers across...