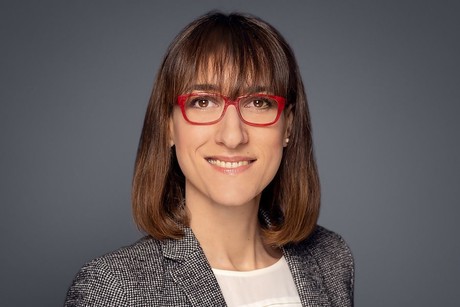 Luz Fernández del Rosal has been appointed the Vice-Chair of TCCA’s Critical Communications Broadband Group (CCBG), taking over the role from Emmanuelle Villebrun from the French Ministry of the Interior.

del Rosal is based in Berlin, where she works for Germany’s Federal Agency for Public Safety Digital Radio (BDBOS) and where she is responsible for the coordination of its international activities.

She has worked on international standardisation and the development of the TETRA and 3GPP standards and, prior to joining BDBOS, managed research and development projects at the Fraunhofer Institute for Telecommunications, Heinrich Hertz Institute in Berlin.

The CCBG drives the development and adoption of common global mobile broadband standards and solutions for mission- or business-critical users, and works with other organisations and other stakeholders.

It is also in charge of TCCA’s inputs to 3GPP as the Market Representation Partner for critical communications.

“BDBOS shares the belief that the greatest benefit for the critical communications community relies on standard compliant and interoperable solutions,” del Rosal said.

“From my professional experience, I have learnt that excellence can be achieved by bringing multiple competences and expertise together — this is the essence of CCBG.”

“On behalf of CCBG, I am very pleased to welcome Luz as our new Vice-Chair. This is a significant role with key responsibilities as the activities increase around the standardisation, specification and certification of critical broadband products and services,” said Tero Pesonen, CCBG Chair and co Vice-Chair of TCCA’s Board.

“I would like to take this opportunity to recognise everyone who contributes to TCCA, to thank BDBOS for allowing Luz to take on this role and also to thank Erillisverkot for their continued sponsorship of Tero, who has led CCBG with great success since 2014,” added Tony Gray, TCCA Chief Executive.