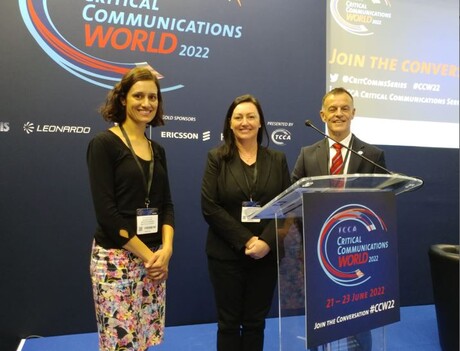 Australia’s New South Wales (NSW) Telco Authority has become the latest member of TCCA, the global representative body for the critical communications ecosystem. NSW Telco Authority is the connectivity leader for the NSW Government and delivers critical radio communications to first responders and essential services to keep people and places in NSW safe.

The Telco Authority manages the Public Safety Network (PSN) on behalf of the NSW Government. Next to Australia’s triple zero emergency hotline, the PSN is an important critical communications network in NSW and one of the largest of its type in the world.

With 65 customers, including the state’s emergency services, the PSN supports more than 53,000 registered radio handsets averaging 1.33 million calls per month across 350,000 square kilometres of terrain.

The PSN’s land coverage is now 44.1% of NSW and reaches 96.9% of the population. It provided reliable radio communications for first responders during Australia’s 2019–20 Black Summer Bushfires and again in March 2022 when the worst floods hit the state in recent history.

The Telco Authority is also delivering one of the state’s largest investments in radio communications through the $1.4 billion Critical Communications Enhancement Program (CCEP). When complete, the CCEP will deliver a 675-site, fully interoperable network and provide coverage across 680 square kilometres and reach 99.7% of the state’s population.

As of April 2022, the CCEP has delivered 249 new and enhanced sites providing critical communications for emergency services at 99.95% target availability.