Beam Communications has a successfully installed the IsatDock Pro satellite communication system at the Antarctic Polar Station in Russia.

The Russian Federation has five polar stations with more than 200 operating personnel during the research seasons. The Russian Antarctic Expedition’s main mission is executing scientific research and thus needs different satellite communication systems that operate in the unique Antarctic landscape in 78 and 79° latitudes. 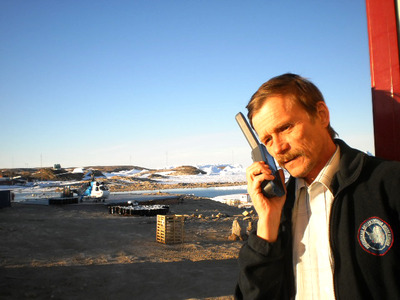 JSC ANTARSAT supplied different types of communication solutions to the Antarctic and Beam’s IsatDock Pro equipment was chosen to be installed on the Russian Polar Station. The quality of the calls was high despite the location of the station and the severe environment.

Different kinds of antennas were tested during the installation process, including the ISD710 maritime active antenna and ISD700 fixed passive antenna.

The system will be mainly used for service communication, for example, providing communication between several polar stations.

The docking station is used for the IsatPhone Pro, designed to support accessing voice services via Bluetooth, RJ11/POTS, hands-free speakerphone or the active privacy handset. The handset fits securely in the dock which is also key-lockable. Other features include phone charging, USB data port, in-built ringer antenna and power permanently connected to the dock ready for use.