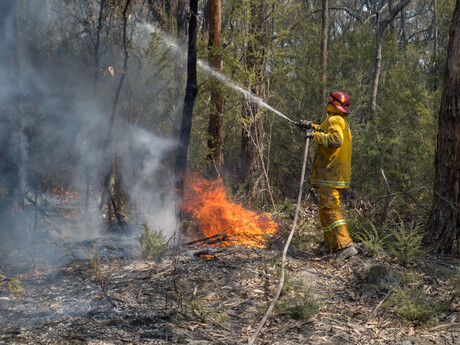 More than $133 million will upgrade the digital radio service for Forest Fire Management Victoria staff and other emergency response personnel, so forest fires are contained more quickly while also keeping firefighters safe. This will mean personnel can avoid radio black spots and communicate better with other first responders, including Country Fire Authority volunteers, when fighting fires and responding to remote emergencies.

An additional $39.2 million will further support critical upgrades to VicEmergency and other information systems, and progress emergency management reforms, like improving cross‑border arrangements and communications and investing in the Australian Fire Danger Rating System.

To ensure emergency services have the dedicated spaces and resources they need to continue their incredible work, $28 million will go towards upgrading local facilities. This includes the development of Life Saving Victoria’s Point Lonsdale Beach Base and the Wonthaggi and Williamstown Life Saving clubhouses, and delivery of a Victoria State Emergency Service unit in Port Fairy. Local CFA brigades will also benefit with the replacement of the Irymple, Serpentine and Metcalfe stations, upgrades and refurbishment of the Doreen station and new equipment for Edithvale station, while also supporting local jobs. More than $28.8 million will replace the Benalla police station to ensure the hardworking local police have a state‑of‑the‑art facility to serve their community.

Eight out of 10 handsets sold by Optus are 5G-enabled, highlighting the growth in demand.