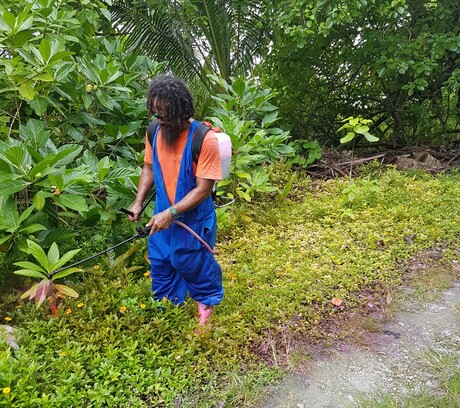 The United Nations Environment invasive species initiative, designed to help countries better adapt to climate change by significantly reducing the socio-economic and ecological impact of invasive species on local ecosystems, has been launched in 20 Pacific Island nations. New Zealand-based technology company ThinkSafe has developed mobile technology to monitor the safety of thousands of workers in some of the world’s most remote and inhospitable environments and has customised its application to support the UN program.

Andrew Burns, Managing Director of ThinkSafe, says the environmental initiative is critical to helping reduce the threats from invasive alien species (IAS) to terrestrial, freshwater and marine biodiversity in the globally significant Pacific ecosystems. The technology helps to proactively prevent injuries to a workforce by using geolocation to identify and communicate potential hazards.

Data collected from the field is also aggregated and analysed using algorithms developed by the company to create incident monitoring and reporting models that help prevent injuries. Burns says the working environment in the Pacific Islands can be extremely hazardous and the infrastructure required to rescue remote workers who are injured is often insufficient or ineffective.

There is no regulatory oversight or support system in the Islands to protect workers, despite operating in one of the world’s highest risk working environments. Risks include being attacked by aggressive predators they are trying to eradicate including wild dogs and boars, harsh chemical burns, lacerations occurring during tree felling and bush clearing, as well as the potential for drowning while river crossing or boating.

Burns says staff are provided with mobile devices that allow them to record the GPS locations of hazards and create reports that are shared throughout the network. The technology has also been adapted for health and safety monitoring and workforce protection in 90 different industries for over 5000 users in 24 countries.

Once connected to the FlexMove network, recovery teams could mobilise resources.

The joint offering is optimised for first responders and frontline workers.