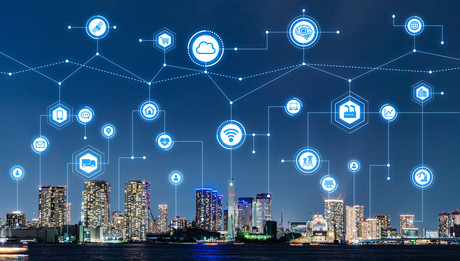 Mobile phone operators, enterprises, cities and other key IoT market players have access to a wealth of new IoT use cases by combining two unlicensed connectivity technologies, as illustrated in a new white paper released by the Wireless Broadband Alliance (WBA) and the LoRa Alliance.

Massive IoT applications are less latency sensitive and have relatively low throughput requirements, but they require a huge volume of low-cost, low-energy consumption devices on a network with excellent coverage, which can be achieved with Wi-Fi networks.

The white paper addresses the growing popularity of IoT use cases in domains that rely on connectivity spanning large areas that are able to handle a huge number of connections, ultimately driving the demand for massive IoT technologies.

According to the paper, Wi-Fi connectivity covers short- and medium-range use cases at high data rates and may require more power, making it the preferable technology for people-centric mains-powered applications like real-time video and internet browsing.

Meanwhile, LoRaWAN covers long-range use cases at low data rates, making it the preferable technology for low-bandwidth applications, including in hard-to-reach locations, such as temperature sensors in a manufacturing setting or vibration sensors in concrete.

When utilised in conjunction with one another, Wi-Fi and LoRaWAN networks optimise a number of IoT use cases, including:

The paper also outlines a number of deployment models and details frontend and backend integration and security processes. Additionally, it provides several testimonials from organisations regarding the power of their Wi-Fi/LoRaWAN deployments.

“The reality is that no one single technology is going to fit the billions of IoT use cases,” said Donna Moore, CEO and Chairwoman of the LoRa Alliance.

“It is collaborative initiatives like this one with Wi-Fi that will drive innovation to solve important issues, leverage an even broader range of applications and, ultimately, ensure the success of global mass IoT deployments in the future.”

The WBA and LoRa Alliance intend to continue exploring the convergence of Wi-Fi and LoRaWAN technologies. Network operators and equipment manufacturers that are interested in contributing to future reports can contact the WBA for additional information.

The LoRa Alliance is an open, non-profit association that has grown to more than 500 members since its inception in March 2015, becoming the largest and fastest-growing alliance in the technology sector.