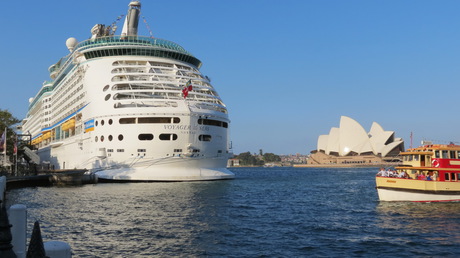 The Port Authority of NSW has installed an Omnitronics DX-Altus Radio Management System to control communications across Sydney Harbour and Port Botany.

The Port Authority of NSW is a state-owned corporation that manages the safe navigation and operation of commercial shipping on Sydney Harbour, Port Botany and Port Kembla, as well as the ports at Newcastle, Eden and Yamba. It also operates the cruise terminals at Circular Quay and White Bay, operates the dry bulk facility on Glebe Island, and looks after emergency response and clean-up efforts (such as for oil and fuel spills).

When the Port Authority decided that it needed a new, highly configurable yet simple-to-use dispatch solution, it chose the Omnitronics DX-Altus Radio Management System, supplied by Omnitronics itself and installed and commissioned by Australian Mobile Radio — the latter has been working with the Port Authority for around 20 years.

The DX-Altus system was installed at the primary control centre and interconnected via fibre to IPR RoIP gateways at five sites across a wide geographical area.

Key to its success has been the customisability of the Alto dispatch console, which has enabled administrators to configure the screens to suit their specific requirements and minimise operator error. Additional features, such as simple foreground and background control and Rapid Recall, have increased operator efficiency.

Jeremy Gibson, the Port Authority’s asset manager, marine, says a big advantage of the system is its simplicity.

“It’s been quick and easy to set up,” said Gibson.

“Initially the system didn’t have some of the features that the Port Authority required, although Omnitronics were quick to provide new updates to their software that included these.

“This responsiveness to meeting our needs was a key contributor to the success of the installation.”

In terms of the rest of the Port Authority’s radio network, Gibson says it is proving to be a settled, strong and robust system.

Symposium explores the application and effects of data