Taking Australian technology to the world

ZCG Scalar has successfully carved out a specialist niche in both the domestic and export markets.

Antenna manufacturer ZCG Scalar was founded at Lindenow in Gippsland, Victoria, in 1970 by Gregor Cox, a ham radio enthusiast with the call sign VK3ZCG. Cox had identified a gap in the market for amateur radio antennas, but the business soon expanded its scope, supplying users such as the police force and emergency services, and essentially anyone else in the region who needed an antenna.

The business was bought by Garry and Sally Kelly in the mid-2000s. At that stage it still had a heavy focus on mobile antennas for land and marine vehicles, but Garry’s experience with broadcast and base stations meant that the company started getting a lot of work from the broadcasters. Although the business today still has a niche within the mobile antenna market, it is no longer reliant on it, having long since broadened is remit to cover broadcast television and radio, telcos, marine, backhaul, military users and other sectors.

Lindenow is located near Bairnsdale, about three hours’ drive from Melbourne. “It’s rural — if you came down here, we’re in the middle of Victoria’s veggie bowl,” said Trevor Small, ZCG Scalar’s general manager. “One of the reasons we’re here is that we get ‘clean air’ for antenna design and development and testing. We don’t get radio interference. 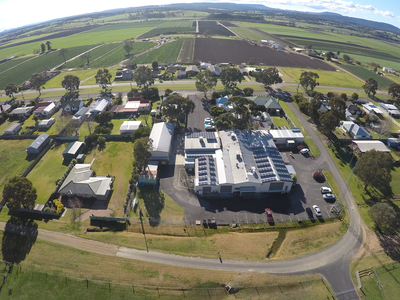 As well as the manufacturing base and head office in Lindenow, the company has warehousing and sales offices in Perth and Brisbane. It also has a technical services division at Lindenow, responsible for research and development, site coverage predictions and radiation exposure testing.

Despite its rural location, the company has built up an enviable reputation in the export market. “We’re certainly not exporting our mobile antennas; the market’s so flooded with cheap Chinese [antennas],” said Small. “But our specialised antennas are being used in South-East Asia, and we send products to Africa, Afghanistan and many other countries. Some of it gets used for military purposes, but it also gets used for mining communications, transportation fleets, tracking, taxi fleets and so on.”

Closer to home, Small said the company sells a lot of antennas into the agricultural sector, for instance for telemetry in vineyards. Vineyards are very sophisticated these days, with moisture sensors in the ground, taps that need to be turned on and off at certain times and so on. Data and commands are collected and sent wirelessly.

An unusual job was contributing antenna technology to a radio device that can counter the kind of improvised explosive devices found in hotspots such as Afghanistan. The two variants — Greengum for soldiers and Greygum for fitting to light vehicles — are seeing service on the frontline. 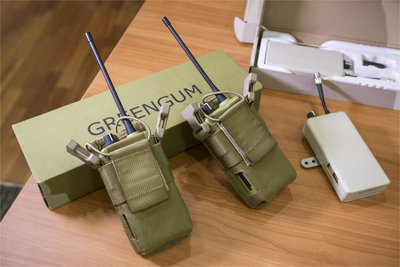 According to Small, one of the biggest constraints on antennas in this day and age is transportation. “Long, thin tubes are expensive and difficult to transport, so we’re always looking at how to make [our antennas] more compact for shipping,” he said.

When asked about where ZCG Scalar sits in the market, Small said, “We’re big enough to handle high-volume builds, but we’re small enough to do custom builds and do flexible designs for customers’ particular needs.

“[For instance] we did a custom antenna for a US warship. They needed it to ‘fit here’, and they needed it ‘this long’, and ‘this particular bandwidth’… and it bolted straight in, so they were pretty happy,” he said. “We’ve [also] made some prototypes for the ANZAC frigates. That’s the sort of thing we’re capable of, and that’s where ZCG’s niche is.”

“We have one customer who wanted an antenna that was just pretty much bulletproof, to put on the survey buoys that are around the top of Australia for tsunami warning and surveillance and tracking,” said Small. “And he said, ‘I can’t afford to have it fail. I’ve got a 50-nautical-mile journey out there in a boat, so I need an antenna that’s really bulletproof [and] I need a custom mount to fit on the buoys. Can you help me out?’ Two weeks later we had a design for him, and he said ‘You beauty!’ He said no-one else was going to be able to do that for him.

“We get a lot of those kinds of requests, and in most cases we can help them out.”