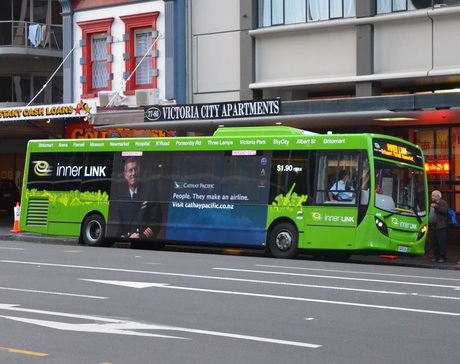 One of New Zealand’s largest transit organisations operates a busy fleet of over 1100 buses and trams in New Zealand’s two largest cities, transporting thousands of people every day. A New Zealand systems integrator was tasked with the project of upgrading the company’s old analog system to a brand new digital radio solution.

Working with the systems integrator, RFI was chosen as the partner to supply a suitable bus/tram antenna solution.

The customer needed a mobile antenna solution that would be compatible with the mobile radio and GPS requirements. RFI’s TLA600 series was chosen as it met the three main requirements:

While the antennas were of an off-the-shelf design, RFI customised its internal construction according to the roof type of the bus or tram. For instance, some vehicles had metal roofs and some had fibreglass. To ensure the best performance, the metal roofs needed a ground-dependent version of the antenna (using the ground plane) while the fibreglass roofs needed a ground-independent version (completely independent of needing a ground plane).

The delivery and installation schedule was aggressive, with a requirement for all 1100 antennas to be supplied within a space of eight weeks, which RFI successfully achieved for the customer. Additional antennas were needed over the following six months as the company rolled out a new fleet of vehicles.

The trams, with their overhead catenary system, were an added complexity, and were one of the reasons the TLA600 was chosen. The antenna is only 7.8 cm high, making it suitable for height-restricted applications such as trams, while still performing as strongly as a whip-style unity gain antenna.

As an additional element, pre-terminated cable leads for connection to the radios were included to enable a simplified installation process.

The DAMM TetraFlex Network Bridge enables extension of existing TETRA networks from other...