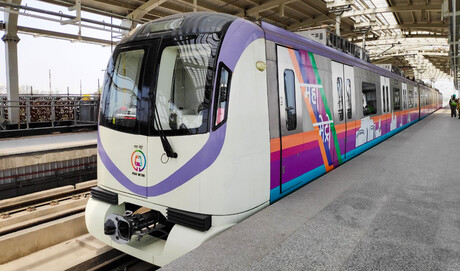 Equipment from DAMM Cellular Systems, and partner Consort Digital, has been selected for an Indian metro rail project in Pune.

Once operational at the end of 2021, Pune Metro will have a capacity of 1000+ riders per train, which will run along a combination of underground and elevated tracks. The service will run 19 hours a day and is expected to serve more than 600,000 passengers a day. The solution consists of a combination of DAMM indoor systems, Consort Digital train radio systems and Sepura TETRA handheld and mobile radios. It will be used to provide radio communication for two lines covering nearly 33 km of tracks, 34 cabs, 29 stations and two depots.

The DAMM Indoor System is designed to ensure sufficient coverage for the entire railway, above and below ground, while the distributed architecture, open API and modular configuration provide a customised solution to meet customer’s needs.

Due to an insufficient infrastructure, resulting in average commute times above 100 minutes a day using public transport, the city saw a significant rise in the number of people driving into the city instead. To address this issue, it was decided to strengthen the city’s infrastructure with a new reliable metro rail line. Apart from an estimated 75% reduction in travel time, Pune Metro will lead to improved air quality, less consumption of fossil fuels and fewer road accidents.

Cradlepoint announces next generation of 5G solutions at its global partner event.

The older versions have been upgraded for the 6 GHz band.

A zero-footprint solution for carrier aggregation to support increased traffic demand for 5G.