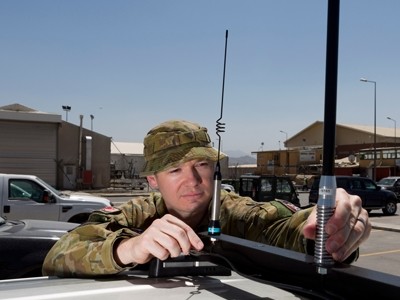 The Department of Defence will work with Australian industry to manufacture and deliver more than 15,000 lifesaving SILVERSHIELD units to the Afghanistan National Defense and Security Forces (ANDSF) this year.

SILVERSHIELD is the latest in-vehicle mounted system being developed under the REDWING program, which provides protection against radio-controlled improvised explosive devices.

Minister for Defence Linda Reynolds said that the capability would boost the ANDSF’s ability to operate confidently in a high-threat environment.

“The REDWING program is one of Australia’s largest contributions to the Afghan security forces through the Afghan National Army Trust Fund,” Minister Reynolds said.

Since 2015, Australian industry, in collaboration with Defence, has produced and exported more than 224,000 individual and vehicle-mounted REDWING systems to the ANDSF.

Final assembly of SILVERSHIELD units will take place at L3 Micreo’s facility in Brisbane, with component parts sourced from companies across Australia, including:

“The success of the REDWING program is a result of the remarkable diversity of Australia’s defence industry nationwide,” said the Minister for Defence Industry, Melissa Price.

“The program continues to be recognised as a leading example of innovation and industry working together, most recently at the 2018 Essington Lewis Awards, which recognise excellence in Australia’s defence industry.”