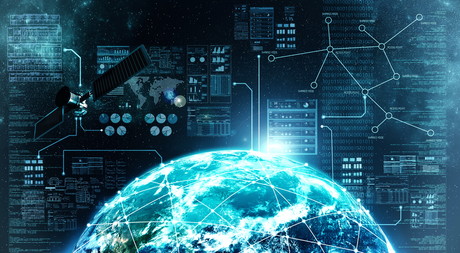 Around 300 remote area clinics and 24 RFDS bases, which previously had limited internet connectivity, will benefit from broadband supplied by Sky Muster satellites.

In addition, 14 remote RFDS clinics will soon be able to use telehealth services, allowing patients to videoconference with specialists and doctors all over the country.

"This is one of the really great things the Sky Muster satellites are doing — helping to improve the health of remote Australians," said Fiona Nash, Minister for Regional Communications.

"I announced a 50% increase in peak data for Sky Muster customers and a doubling of off-peak data at little extra costs — and nbn will work to provide even more data than that to the RFDS.

"This partnership between RFDS and Sky Muster will also advance moves to host Sky Muster receivers in planes, so they can send live data — say from a heart monitor, to a heart specialist anywhere in the country, who can provide live advice."

The Sky Muster satellites shoot beams down from 36,000 kilometres above earth to provide broadband internet to the most remote parts of Australia.

nbn co is set to continue to work alongside the RFDS to further develop the partnership arrangements during 2017 and assessment of the trial will occur in 2018.

Sky Muster is an ultramodern satellite made to deliver high-speed internet to 4% of Australian homes and businesses, mostly in remote areas.

The firms joined forces to provide a tailored solution for Grasshopper Environmental's...

Bittium has received a purchase order from the Finnish Defence Forces for its Tactical Wireless...

Help at hand for telco consumers unable to pay bills

The Minister and the elephant: a broadband tale

COVID-19 crisis must not usher in surveillance state