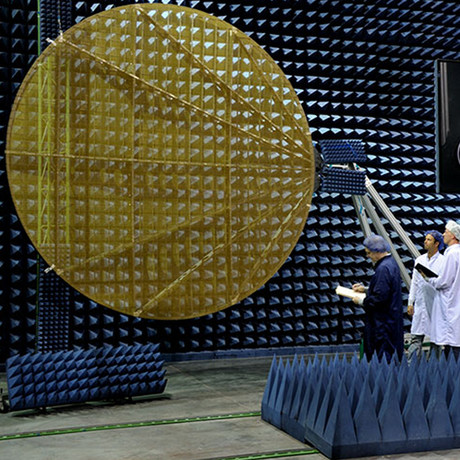 Harris Corporation has announced that it has just produced its 100th unfurlable satellite mesh reflector.

These reflectors provide the critical communications link between satellites and ground stations, with the latest manufactured by Harris for Airbus Defence and Space.

It will offer support to a carbon-monitoring satellite mission to study the changing state of global forests.

Harris employees, customers and other dignitaries will gather next week at the company’s Palm Bay, Florida, facility to commemorate the occasion.

According to the company, the 12-metre reflector will be the first space-borne, P-band antenna designed to observe annual changes in biomass — the amount of living matter in a given habitat — in most of the world’s forests, over multiple growth cycles. Studying biomass is important in understanding the Earth’s climate.

This milestone demonstrates Harris’s commitment to investing in and growing space antenna reflector solutions with unmatched on-orbit success and design options. Harris continues to invest in its technologies with more than $300 million annual internal research and development — representing 5% of company revenue. The company began manufacturing space antennas in the 1970s.

“This is a tribute to the more than 400 dedicated men and women who engineer and build these state-of-the-art reflectors at Harris.”

“Building the world’s first forest measurement satellite for the European Space Agency is a huge challenge — and this reflector will be a key element in helping to measure forest biomass and carbon on a global scale,” said Chris Lloyd, Head of the Biomass program at Airbus.