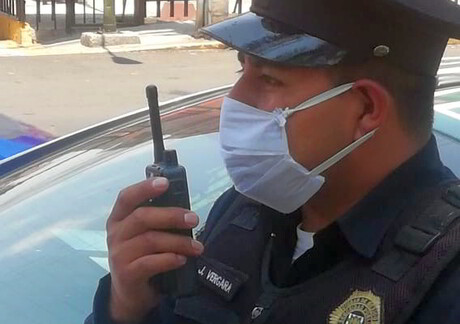 Mexico City Police is overhauling its critical communications infrastructure in a bid to improve audio quality and reliability during mission-critical operations.

Many of the city’s 46,000 officers will soon be using the Sepura SC20 and STP9200 TETRA radios, with a further batch of 3000 devices to be deployed later this year.

“This is the first TETRA radio solution deployed by Mexico City Police, proof of the continuing demand for … TETRA technology,” he said.

“We have no doubt that the Sepura radios will expand the capabilities of the police teams in their mission-critical operations.”

Tim Mills, Sales Director for South America at Sepura, said there was even further scope for the technology to be deployed throughout the country’s police forces and that he expected demand to increase in the coming months and years.

“There is significant potential in Mexico to continue to develop the TETRA business for municipalities and other police organisations,” he said.

"We look forward to working with Jomtel to assist further forces to implement Sepura TETRA solutions.”

A software upgrade can transition 4G/LTE radios to 5G/NR, avoiding the need for tower climbs and...

The two-way pagers for the Federal Agency for Technical Relief will ensure fast interaction...

The upgrade to the existing Airbus TETRA system will help simplify the site's operations and...