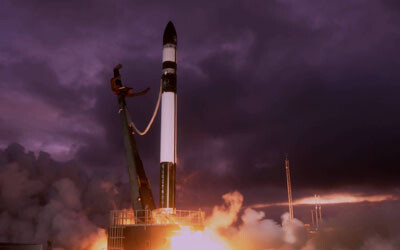 The strength of Australia’s radio communication technology and defence space capabilities will soon be better known, thanks to the launching of a mini satellite into space this week.

The M2 Pathfinder, a CubeSat developed by UNSW Canberra and the RAAF, is around the size of a loaf of bread and will allow the technology to be tested in its intended environment — far more cost-effectively than a larger satellite.

“The collaboration … allows small satellites to be used for evaluating technologies on more complex space systems, such as communications or Earth observation satellites,” she said.

“The experience gained in the development and operation of these spacecraft also offers educational benefits for Defence personnel studying space programs at UNSW Canberra. This further enhances the future Defence space workforce.”

“[It showcases] the breadth of skills, talent and ingenuity in bringing Australian manufacturing into the future,” she said.

The M2 Pathfinder will undergo a series of communications tests over the coming months, aimed at improving future satellite design and serving as valuable experience for engineering and operational teams.

Multiple Australian suppliers and industry partners have also contributed, including the Advanced Instrumentation and Technology Centre operated by the Australian National University.

A software upgrade can transition 4G/LTE radios to 5G/NR, avoiding the need for tower climbs and...

The two-way pagers for the Federal Agency for Technical Relief will ensure fast interaction...

The upgrade to the existing Airbus TETRA system will help simplify the site's operations and...