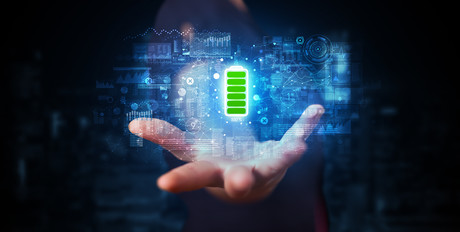 Internet of Things (IoT) networks, electric vehicles and drones could one day be powered by a new battery which, its inventors claim, could offer 2.5 times more battery life than anything currently on the market and in the same volume as current superslim batteries.

The battery’s formula was developed by researchers at Nokia Bell Labs and AMBER, the SFI Centre for Advanced Materials and BioEngineering Research hosted at Trinity College Dublin, as part of the Nokia Bell Labs Distinguished Academic Partners Program.

It was designed to meet the increasing power requirements of connected devices, such as smartphones, drones, electric cars and robots. However, it could also power 4G and 5G network equipment or emergency backup battery systems.

“By packing more energy into a smaller space, this new battery technology will have a profound impact on 5G and the entire networked world,” said Nokia Bell Labs’ Member of Technical Staff, Paul King, who was one of the lead investigators on the project.

The researchers added that the technology could potentially be used to store energy generated by wind and solar renewable technologies, making them more reliable.

A patent has been filed to protect their battery design and help bring it to market place.

A study discussing the battery research can be found in Nature Energy.