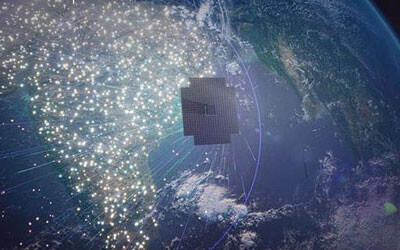 Nokia has signed a five-year 5G deal with AST SpaceMobile, which is building a space-based cellular broadband network accessible directly by standard 4G or 5G mobile devices. Under the deal, the two companies will work to expand universal coverage and connect underserved communities around the world.

AST SpaceMobile plans to eliminate the connectivity gaps faced by over five billion mobile subscribers worldwide and to bring cellular broadband to approximately half of the world’s population who remain unconnected.

Nokia’s AirScale Single RAN equipment aims to enable AST SpaceMobile in providing mobile services to new and existing subscribers in regions currently not served by terrestrial communication networks. This includes connecting devices globally on land, at sea or in flight.

Nokia will provide equipment from its AirScale portfolio, including its AirScale base stations powered by its ReefShark System-on-Chip (SoC) chipsets. Its modular baseband plug-in cards will be used to add capacity where needed and its NetAct solution will be used for network management and operations.

“Connectivity should be considered an essential service like water, electricity or gas. Everyone should be able to have access to universal broadband services that will ensure that no one is left behind,” said Tommi Uitto, President of Mobile Networks at Nokia. “We have worked closely with AST SpaceMobile on this important initiative for two years which seeks to provide crucial connectivity from space to underserved communities around the world.”

AST SpaceMobile plans to launch its BlueWalker 3 satellite for testing in early to mid-September from Cape Canaveral, Florida. BlueWalker 3 is a low Earth orbiting satellite and has an aperture of approximately 64 m2, which is designed to communicate directly with cellular devices via 3GPP standard frequencies. Ultimately, AST SpaceMobile is aiming to deploy approximately 100 satellites to achieve substantial global mobile coverage.