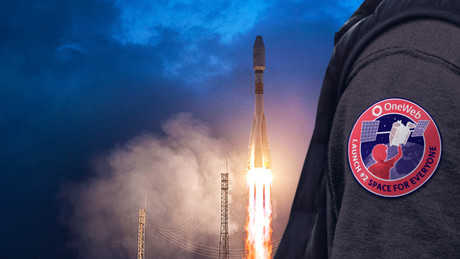 The second batch of OneWeb satellites for a constellation that will eventually number 648 was launched aboard a Soyuz rocket on 7 February from the Baikonur Cosmodrome, Kazakhstan.

Once in orbit, the 34 satellites separated from the upper stage and were released in nine batches over a period of several hours.

Signal acquisition on all satellites was confirmed within hours after launch.

According to the company, it is anticipated that global coverage will be achieved in 2021, beginning with the first commercial services — in the Arctic — this year.

The launch comes in the wake of OneWeb securing the necessary spectrum rights from a range of countries. It successfully launched its first batch of satellites in 2019.

“We are seeing considerable interest from prospective customers and partners,” said Adrian Steckel, the company’s CEO.

“I’m very proud of our team and partners who continue to collaborate to make our ambitious scale a reality, and also those in Kazakhstan for supporting our vision.”

Agriculture Victoria and NNNCo are working to roll out LoRaWAN trial sites in selected regions to...