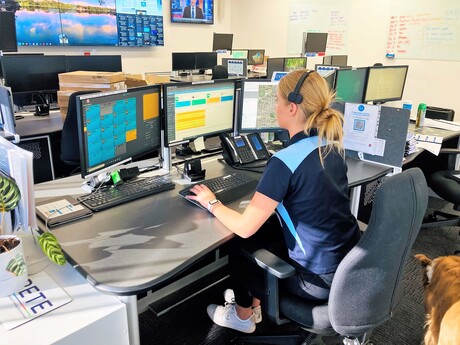 The Omnitronics omnicore enterprise dispatch system has been selected by Surf Life Saving New South Wales in Australia to manage radio communications for 129 clubs and more than 60 lifeguard services as part of a range of upgrades that are critical for delivering frontline lifesaving services. It will be installed at the Surf Life Saving New South Wales (SLSNSW) State Operations Centre (SOC).

The SOC and 65 repeater sites over 2000 kilometres of Pacific Ocean coastline, from the Queensland border in the north to Eden on the South Coast, are connected using an existing DMR T2 Network. 20,000 volunteer patrol members, as well as paid lifeguards at 80 locations along the NSW coastline, are tasked with protecting 8.5 million beachgoers annually.

As an omnicore Beta user, the state’s peak water safety and rescue organisation has had the opportunity to try and test the radio dispatch system on 2x fixed and 2x mobile dispatch operator stations before committing to buy, and in addition the organisation was able to directly feedback suggestions for possible future enhancements to the system’s feature-set.

The system integrates with the organisation’s existing technologies including Omnitronics DX-Altus and RediTALK-Flex dispatch consoles utilising both existing and new RoIP and interoperability gateways.

During business hours 12 omnicore console operators will manage communications from the SOC. After hours and in emergencies, omnicore is used as a mobile dispatch console on ruggedised Panasonic Toughbook tablets, giving the team of lifesavers a range of flexible communications options and simultaneously serving as a backup should the SOC become unavailable. Installation will be completed by the end of September 2021 in time for the Australian 2021/2022 summer season.

Airbus and JustTop ready for the Winter Olympics in 2022

Winter is coming to Beijing and the network will be ready.

Azure Space has lift-off in Australia

Intent is to streamline and simplify access to space data and technology.

More Hytera to be implemented in Shenzhen metro line