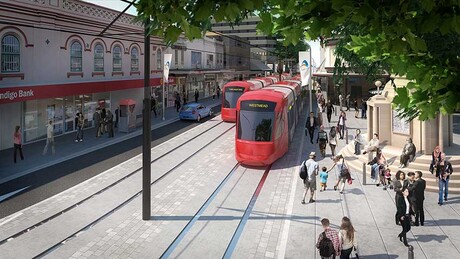 Spain’s Teltronic will be responsible for the deployment of the TETRA system serving the new Parramatta Light Rail, a new line connecting the suburbs of Westmead and Carlingford.

For this project, whose telecommunications package was assigned to Thales, Teltronic will provide its NEBULA network infrastructure, consisting of a Switching Control Node as well as the outdoor base stations required to provide coverage for the entire route.

In addition, the company will equip the vehicles with an onboard radio from its RTP series that provides TETRA voice and data services and which is frequently used in trams and light rail systems around the world, as well as the terminals, both portable and desktop units, which will be used by supervisors and maintenance staff.

“After the North West and Sydney Light Rail projects, this will be our third transport reference in Sydney, which highlights the strength of our solutions and the positive reception they have in the country, a growing market where we expect to continue to grow with new business opportunities in TETRA technology but also in LTE,” said Teltronic’s Transport Business Development Director, Felipe Sanjuán.

Omnitronics RediTALK-Flex has been installed at the Netherlands Groningen Seaports, covering the...

US ATC to get new portable emergency transceivers

The URC-300E will replace legacy radios for civil and military air traffic control in the event...

The mission-critical communications solution, built on Teltronic's TETRA infrastructure, will...