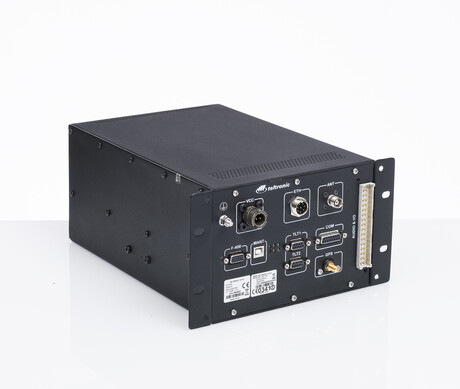 Part of an ongoing collaboration with a Chinese manufacturer in Mexican infrastructure.

Teltronic has been selected by Chinese railway rolling stock manufacturer CRRC to supply the TETRA onboard radios of the 26 trains it will provide to the metro of the Mexican city of Monterrey.

The company will supply its RTP-300, which is frequently used in trams and metros around the world due to its compact size. The equipment complies with the EN50155 and EN45545 railway standards, offers voice and data services and enables the management of a set of functionalities, such as connection to public address and intercom systems, vehicle location via GPS or alarm and event management.

This project is a further step in the relationship between CRRC and Teltronic, who have already participated together in other projects such as SuperVia, the Rio de Janeiro rail transport network; but also with Metrorrey, the Mexican city’s urban transport network for which Teltronic already deployed a critical communications solution in 2015, consisting of its infrastructure, onboard terminals and its control centre solution, CeCoCo, which enables the integrated management of radiocommunications with trains and buses, as well as with previously existing telephone systems.