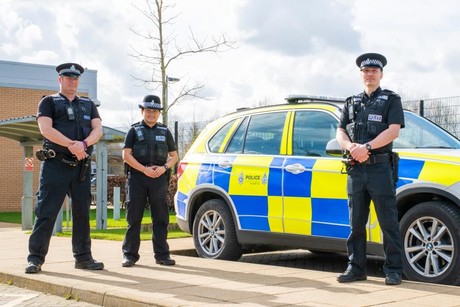 The purchase comes after a “thorough trial by both forces” showed the “compact” radios could help support their policing operations — providing “rich, clear audio … even in noisy environments” along with appropriate robustness, functionality and battery life, according to Sepura.

“After considering the options available to us it was clear that Sepura’s SC21 was the unanimous choice of both our frontline officers and our operations teams,” Norfolk and Suffolk Constabularies’ Joint ICT Airwave Specialist David Woods said.

The forces also appreciated Sepura’s support in managing the transition to the new devices, Woods added.

“We have seen many UK organisations adopt SC Series radios from Sepura as they look to equip their users with modern, powerful devices to support their operations,” Sepura Business Development Manager Dawn Griffiths said.

“The SC21 is unique in the market in having such advanced features in a compact device and as such offers both Suffolk and Norfolk Constabulary users the best of both worlds,” she concluded.

5G has confirmed its status as the fastest-growing wireless cellular technology, with connections...

The Leeds Bradford Airport will install the Freqentis VCS 3020X as it expands to accommodate 3...

IT strong as 1 in 3 Australian companies begin hiring