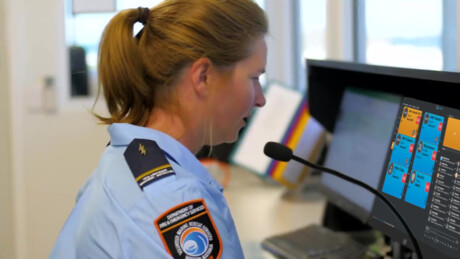 The omnicore radio dispatch system has been selected by the Department of Fire and Emergency Services (DFES) for the not-for-profit Marine Rescue service in Western Australia to manage radio communications for 38 individual rescue groups, as part of a statewide marine safety Radio over IP (RoIP) project.

Using a VHF Marine Radio and a network of 38 strategically located marine VHF repeater stations commissioned by both state government and private organisations along the WA coast, the project connects marine VHF radios to a microphone and a laptop running omnicore Enterprise Dispatch for a user to access those radios. The upgrade comes on the back of feedback from volunteers and the boating public who identified large gaps in radio coverage along the Western Australian coastline.

While 16 volunteer rescue groups along the coast provide much-needed 24/7 monitoring service to mariners, seven of the remaining 22 groups have limited weekend and public holiday-only service; the remaining 15 groups do not have the volunteer resources to monitor radios at all. In the interest of maritime safety, the organisation aims to provide a 24/7/365 monitoring service that covers the entire coastline of Western Australia and surrounding islands including the Indian Ocean Territories, Christmas Island and the Cocos/Keeling Islands.

Radio over IP technology was selected to increase safety in less populated areas by being able to monitor radio traffic and respond to incidents using available, yet remotely located operators, ie, in metropolitan Perth. Additionally, the technology provides volunteers with the flexibility to monitor radios from home or other locations in cases when attending the control room is not feasible, simply with a laptop, mic and an internet connection.

Installation will be commencing early in the second half of 2022, to be completed in time for the Australian 2022/2023 summer season.

Designed to provide officer and community safety as well as access to applications and databases.