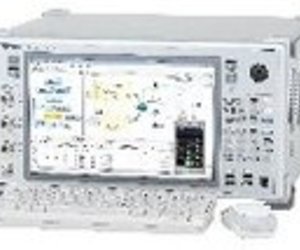 The MD8475A signalling tester can test a wide range of applications and operating systems on the latest high-speed, multimode LTE devices.

A multiformat instrument, the MD8475A can test multimode wireless devices including GSM/GPRS/E-GPRS, 1xRTT, 1xEV-DO, W-CDMA/HSPA, TD-SCDMA and FDD-LTE. The highest speed commercially available (Category 3) LTE devices can be tested, with downlink IP-layer throughput to 100 Mbps (including 2x2 MIMO) and uplink throughput to 50 Mbps.

The tester enables checks to be made on many types of mobile device applications ranging from traditional SMS/MMS, browsing and streaming, to applications, such as augmented reality and real-time multiplayer gaming.

The tester can simulate 2G, 3G, LTE and mixed-generation wireless networks and enables device manufacturers to conduct end-to-end testing of applications that run on these networks.

Since it is Windows 7 based, server applications can be installed into the device for one-instrument, end-to-end application testing. Up to eight external servers can be simultaneously linked to it through ethernet connection. 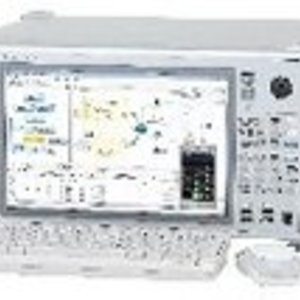