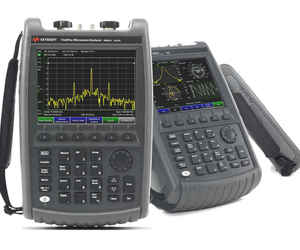 Keysight Technologies has added six millimetre-wave models to its family of FieldFox handheld analysers, including the N9950A, -51A and -52A; as well as the N9960A, -61A and -62A.

The models allow users to replace three or four single-function instruments — benchtop or handheld — that are typically used for maintenance and troubleshooting of systems that operate at or above Ka-band frequencies. They also deliver laboratory-grade measurements that enable field personnel to fully characterise demanding radar and satellite systems.

The range is optimised for field testing and the fully sealed enclosure (no fans or vents) is compliant with US MIL-PRF-28800F Class 2 standards. They are also type tested to meet MIL-STD-810G requirements for operation in explosive environments (Method 511.5, Procedure 1) and meet IEC/EN 60529 IP53 requirements for protection from dust and water. 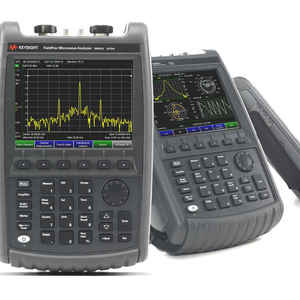