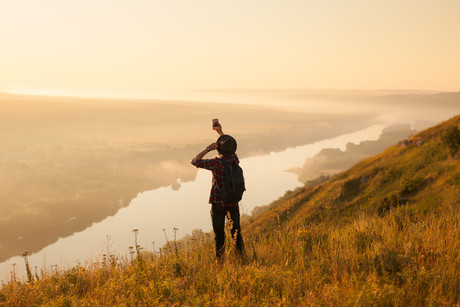 Telstra has switched on its 500th black spot mobile base station, as part of the federal government’s Mobile Black Spot Program.

The latest base station to launch is located in Clarence, NSW.

Minister for Regional Services, Senator Bridget McKenzie said Clarence was just one of the hundreds of towns across Australia to benefit from the government's commitment to improve mobile coverage in the regions.

"The local community which identified the mobile phone black spot in the past is now receiving new and improved coverage that will help locals stay in touch with friends and family, and do business," she said.

"Every time a new base station is switched on, we are helping more regional Australians connect with family, friends and the services they need.

"Having access to reliable 21st-century telecommunications is essential for participation in economic and commercial activities. This is no less true for those living in regional Australia, and the Liberal and National Government is delivering real outcomes for regional Australians."

The program has funded a total of 867 new base stations under the first three rounds. This represents a total new investment of over $680 million into regional telecommunications including co-contributions from the mobile carriers, state and local governments, as well as businesses and community organisations.

With the first three rounds well on the way to be completed by June 2019, the government has announced it has allocated $25 million of the program's funding to a fourth round.

"I'm determined to get to 1000 base stations from this program and will be considering what more we can do to support the further growth of regional telecommunications infrastructure.

To support round 4, the government has recently re-opened the National Mobile Black Spot Database and is calling for nominations from local, state and territory governments, federal senators and federal members of parliament.

The database closes on 11 October 2018. The competitive assessment process for round 4 is expected to commence later this year.

For more information about the program, visit: www.communications.gov.au/mbsp.