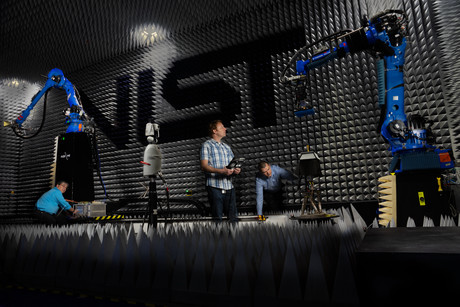 New NIST testbeds are helping to define how 5G communications will safely interact with other technologies such as 4G, GPS, Wi-Fi and radar.

As 5G devices and networks begin to roll out, the US National Institute of Standards and Technology (NIST) is helping to build the crucial measurement infrastructure for emerging wireless systems by developing new measurement methods and analysis tools and by facilitating the sharing of 5G performance data.

These resources can help industry optimise designs for many applications, including mobile phones, the Internet of Things, virtual reality, smart manufacturing and autonomous vehicles.

One new NIST resource is a 5G Spectrum Sharing Test Bed, an adaptable network that can measure how well 5G and systems such as Wi-Fi, GPS and military radar can operate using spectrum sharing.

The testbed will help clarify how thousands of different possible network settings and environments through which signals travel will affect interference between 5G and older systems operating in the same frequency band.

The Alliance has produced dozens of datasets and complex models for 5G communications scenarios ranging from offices to shopping centres to outdoor areas. These resources are publicly available and used by many companies and some organisations that set telecommunications standards.

The group has also developed best-practice measurement guidelines for instrumentation used at these frequencies.

“System designers need to know how fast they can send and receive data with a given level of reliability,” NIST engineer and Alliance Co-Chair Kate Remley said.

“The data rate and reliability depend on the channel conditions between the transmitter and receiver.

“Until recently, few models or measurements have existed at frequencies where 5G systems will operate. Having a number of representative channel models allows system designers to develop electronics that will operate reliably in common environments,” she added. 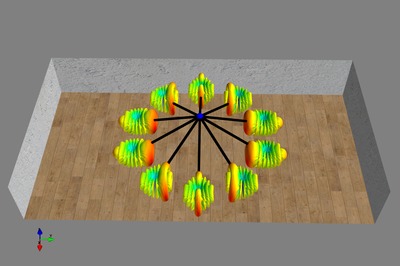 Mobile devices such as mobile phones, consumer Wi-Fi devices and public safety radios mostly operate below 3 GHz. In addition to operating in these bands, 5G systems will also use higher, millimetre-wave frequency bands, up to 300 GHz.

Transmissions at these high frequencies promise massive capacity — more than 1000 times that of conventional systems — and connectivity, with billions of users and machines.

But signals at these frequencies lose a lot of energy along the way, which weakens received signal strength, and they don’t travel around corners well.

Given the need for accurate channel models and the difficulty in developing models for millimetre-wave bands, NIST has been working to fill gaps in the metrology infrastructure for these frequencies.

The 5G mmWave Channel Model Alliance is developing tools and test methods that are more complete, accurate and appropriate than older versions. Some existing channel models were either unreliable, often retrofitted from legacy models or inadequate to fully characterise 5G channels.

NIST has developed state-of-the-art channel sounders, which identify multiple signal paths between transmitter and receiver. Many channel-sounding measurements are made in a specific environment, such as a city, and then fed into channel models that provide a simplified, yet realistic, representation of that environment.

The resulting output includes dozens of datasets and complex models at frequencies ranging from 28 to 83 GHz.

Another NIST facility — the NIST Broadband Interoperability Test Bed — is also in the midst of a 5G upgrade and will eventually include a suite of four new shielded rooms to enable testing across multiple chambers.

The 5G Test Bed capabilities include a standalone information technology network and ‘carrier-grade’ commercial base stations, and support for 5G, older 4G systems, Wi-Fi and GPS. It can also be reconfigured to support other networks of interest.

“The 5G NIST testbed will enable us to develop and perform quantitative measurements of spectrum sharing or interference scenarios that are either already deployed or under consideration,” NIST engineer Jason Coder said.

Top image: NIST’s antenna calibration facility has robots that help position the antennas, including those used in 5G systems. This composite photo shows preparations for calibration of a reference antenna (gold horn on the platform under the robotic arm at right) used in research by the 5G mmWave Channel Model Alliance. Image credit: NIST.