Communications above the clouds 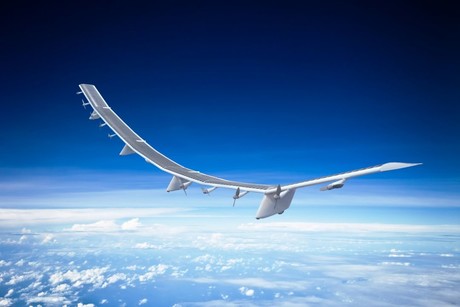 High-altitude balloons, long-duration UAV and centimetre-accurate positioning are under test in Japan.

Japan’s SoftBank, a telecommunications and internet service provider, is taking to the skies with new technology that aims to improve connectivity across the globe.

The company is working with unmanned aircraft manufacturer AeroVironment, and also with Alphabet and its Project Loon, to study the potential for providing high-altitude communications platforms that can stay airborne for weeks or months at a time.

In April 2019, AeroVironment announced that it had achieved a significant milestone with its solar HAPS project, with assembly of the first HAWK30 solar HAPS for the HAPSMobile joint venture with SoftBank. HAPS stands for high-altitude pseudo-satellite or high-altitude platform station.

HAWK30 has a wingspan of approximately 28 metres and has 10 electric motors powered by solar panels covering the surface of the wing, propelling the craft to a cruise speed of 100 kilometres per hour. High-energy-density lithium-ion batteries will store electricity to power the craft at night.

Cruising at a typical altitude of approximately 65,000 feet — well above almost all clouds and turbulent weather — the craft is designed for continuous missions of up to months’ duration without landing.

HAPSMobile’s communications relays will use the same frequencies as those used by ground-based cellular networks, which means that ordinary smartphones will be able to connect. The low altitude compared to satellite orbits will contribute to low latency, and handovers between the HAPS and terrestrial stations are expected to be smooth and undisrupted.

SoftBank said that HAPSMobile will be useful for establishing stable internet connection environments at locations not presently served by telecommunication networks, such as mountainous terrain, remote islands and in many developing countries.

The system’s independence from conditions on the ground means that it should prove very useful during times of crisis and natural disaster, when traditional telecommunications networks might be off the air.

“The result of decades of experience developing and flying solar HAPS, our team designed, developed and assembled the entire HAWK30 in only 24 months. This is very rapid for a HAPS of such large size and significant payload capacity,” said Wahid Nawabi, AeroVironment’s President and CEO.

The HAPSMobile joint venture will conduct R&D and flight tests in coordination with authorities in a number of countries, targeting 2023 for HAWK30 serial production and service launch.

Up, up and away

In another deal, SoftBank’s HAPSMobile and Alphabet’s Loon have formed a long-term relationship to advance the use of high-altitude vehicles such as balloons and unmanned aircraft systems for telecommunications connectivity.

So serious are the two parties about the future of these kinds of systems, that HAPSMobile has invested US$125 million in Loon while Loon has acquired the right to invest the same amount back in HAPSMobile in the future.

Loon’s experimental stratospheric balloons so far have floated more than 30 million kilometres around the globe and connected hundreds of thousands of people, according to Alphabet.

In April 2019, HAPSMobile and Loon entered into negotiations concerning a number of areas of potential collaboration, such as:

“Building a telecommunications network in the stratosphere, which has not been utilised by humankind so far, is uncharted territory and a major challenge for SoftBank,” said Junichi Miyakawa, Representative Director and CTO of SoftBank and President and CEO of HAPSMobile. 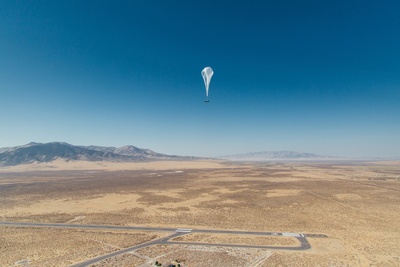 “Working with Alphabet’s subsidiary Loon, I’m confident we can accelerate the path toward the realisation of utilising the stratosphere for global networks by pooling our technologies, insights and experience.

“Even in this current era of coming 5G services, we cannot ignore the reality that roughly half of the world’s population is without internet access,” Miyakawa added. “Through HAPS, we aim to eliminate the digital divide and provide people around the world with the innovative network services that they need.”

Loon CEO Alastair Westgarth said that he sees joining forces with HAPSMobile as “an opportunity to develop an entire industry, one which holds the promise to bring connectivity to parts of the world no-one thought possible”.

Not content with boosting communications from above, SoftBank has announced that from the end of November 2019 it will provide a positioning service with centimetre-level accuracy in Japan.

The solution will use real-time kinematics (RTK), a positioning method that uses fixed and mobile stations to receive signals. Data is exchanged between the two points to achieve highly accurate positioning.

Since July 2019, SoftBank has partnered with Yanmar Agribusiness, Kajima Corporation and SB Drive Corp to conduct joint trials in phases to achieve commercialisation in different industries, such as agriculture and transport.

The service will use signals received from the GNSS network, such as QZSS (Quasi-Zenith Satellite System), to conduct RTK positioning with centimetre-level accuracy.

SoftBank will use its nationwide network of 4G and LTE base station locations to install over 3300 unique control points that are necessary for RTK to work.

More specifically, a ‘Positioning Core System’ provided by ALES Corp. will generate correctional data based on signals received and transmitted by SoftBank’s own control points.

By conducting RTK positioning using this correctional data and signals received by GNSS receivers, highly accurate positioning can be done in real time.

Furthermore, by having a dense distribution of control points across Japan, stable positioning within extremely short time spans and handovers can be achieved.

SoftBank is developing proprietary GNSS receivers that can be installed at low cost so that more companies can utilise centimetre-level positioning services, and new services and market expansions can be achieved.

The company is also advancing the development of services that enable cloud-based RTK positioning, which enables services for devices without GNSS receivers.

Cloud-based RTK will enable centimetre-level, location-based services for equipment that needs to be miniature and energy efficient, such as infrastructure surveillance sensors and wearable devices.

As restrictions are easing across Australia, the association looks to getting its events calendar...

Final speakers announced for Comms Connect NZ next month in May

Take the opportunity to get to NZ for a top line up of presentations.

There is demand for simpler, cost-effective communications solutions that are backed by support...