Cross-technology comms for the IoT 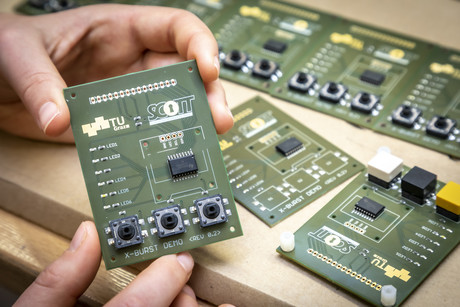 Researchers have developed a framework that enables different wireless technologies to communicate directly with each other.

Whether it is networked vehicles that warn of traffic jams in real time, household appliances that can be operated remotely, ‘wearables’ that monitor physical activity or industrial plants that detect possible production errors and notify technical support, the number of intelligent products that communicate wirelessly with other devices in the Internet of Things age has increased rapidly.

However, not all of these devices are compatible with each other as they use different technologies such as Wi-Fi, Bluetooth or ZigBee, depending on the requirements and application.

In addition to that, of course, many devices often use the same radio frequencies and interfere with each other. This delays data transmission, data can be lost, energy consumption increases and battery life decreases.

Researchers at TU Graz’s Institute of Technical Informatics have now developed a system that enables direct information exchange between commercially available devices that use different radio technologies but the same frequencies.

This generic framework is called X-Burst, which companies will be able to integrate into the operating systems of their IoT products in the future.

The researchers make use of time-controlled energy pulses in the radio channel, which can be generated by any smart device and detected by most of them.

“We send standard-compliant data packets of varying lengths. These packets are encoded in their length, ie, the information is stored in the duration of the packets,” said Rainer Hofmann and Hannah Brunner, who were in charge of the project together with colleague Carlo Alberto Boano.

“The receivers monitor the energy level in the radio channel and can thus detect the packets, determine their duration and finally extract the information contained in them.”

The researchers concentrated primarily on data exchange in the licence-free 2.4 GHz band. This frequency range is used by many radio standards, including Wi-Fi, Bluetooth and ZigBee, which were the focus of the investigations. 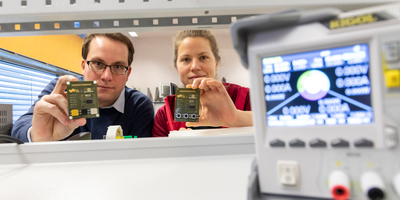 Together with colleague Rainer Hofmann, Carlo Alberto Boano and Hannah Brunner from the Institute of Technical Informatics at TU Graz have developed a framework that enables different wireless technologies to communicate directly with each other. Image credit: Lunghammer/TU Graz.

The invention also enables the system clocks of the various devices to be synchronised, which enables them, for example, to perform certain actions simultaneously.

X-Burst also lays the foundation for the intelligent use of radio frequencies by enabling all devices to communicate with each other and adjust their frequencies accordingly.

This minimises cross-technology interference and improves the reliability and energy consumption of the devices.

The group is currently working on a new prototype that will demonstrate and illustrate the advantages of X-Burst in a smart home scenario.

Top image: The X-Burst framework developed at TU Graz can be integrated into the operating system of existing devices. Image credit: Lunghammer/TU Graz.

Researchers have produced a synthetic Hall effect that boosts radio signal strength in one...