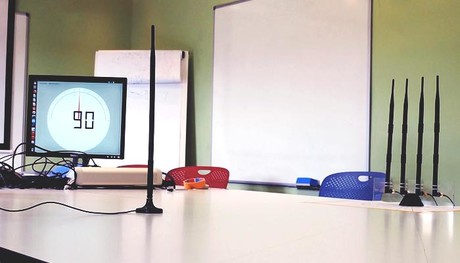 Future high-speed communication networks based on millimetre-wave (30–300 GHz) technology will be more robust and efficient in delivering extremely high-speed, high-quality video and multimedia content and services thanks to the results of a groundbreaking research project. The recently concluded project was a collaboration between Huawei Technologies and IMDEA Networks Institute, a Madrid-based research body pioneering many technologies that are being deployed in the new 5G landscape.

“A signal’s path loss increases significantly with its frequency. So [HF] communications, like mmWave systems which offer the speed and capacity that 5G and 802.11ad-standard Wi-Fi networks require, demand directional antennas in order to overcome the resulting attenuation,” said Dr Joerg Widmer, the Principal Investigator on the project and Research Director at IMDEA Networks.

“This results in high signalling overheads, since both ends of the communication have to continuously update their antenna steering as nodes move and blockages interrupt the line-of-sight path.

Dr Widmer said these problems are avoided in low frequency (LF) networks, with their rich multipath environment and much lower attenuation rates.

“We’ve explored how to use low frequency bands to infer the channel characteristics of high frequency millimetre-wave bands and to support the network in terms of beam tracking, angle of arrival estimation and location information,” he said.

“By studying this approach and other LF-HF channel correlations that may enable LF to assist HF, we’ve been able to develop techniques that improve performance in the millimetre-wave band and reduce the control overhead required to operate the network. 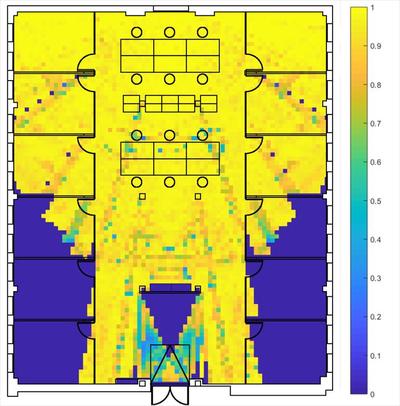 Angle profile correlation depending on the number of antennas used (16 antennas in this figure).

Dr Widmer added that he and his team have “demonstrated that the mechanisms and algorithms we developed work not only in theory but also in real-world wireless networking environments during the experimental evaluation phase of the project”.

“To my knowledge, this was the first time that these two systems have been studied together, in depth.”

Dr Widmer said that the team has achieved some “really interesting results”, developing techniques that will enable operators to improve their performance in the millimetre-wave band and thereby reduce the control overhead they require to operate their present and future networks.

“Our work has already resulted in two patent applications, with a third currently being evaluated for viability,” he said.

“One of the most important challenges was to study the channel correlation that may enable LF to assist HF,” he added. “We had to consider a lot of variables in this study, such as the scenarios, power and delay of the signal, number of paths and the number of antennas of each system. 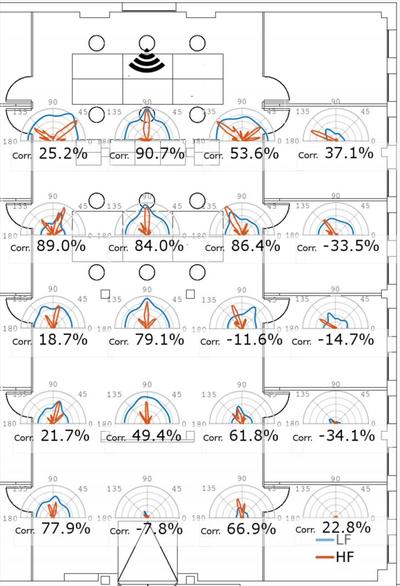 Angle profiles for LF and HF. The graph shows the intensity of signal received depending on the angle for each point. Also included is the correlation between the angle profiles at the two frequency bands under study.

“The application of this diversity of expert knowledge, with the wealth of technical resources at our disposal, all helped to ensure our success in achieving our goals for this project,” Dr Widmer said.

Pictured, top: Angle of arrival (AoA) estimation at low frequency (2.45 GHz). The set-up included an antenna array of four elements. The researchers used the algorithm MUSIC in order to estimate the AoA of the signal received. Courtesy IMDEA Networks.

Comms Connect is running a series of online workshops and masterclasses from June to August,...

The WBA OpenRoaming federation service will enable billions of devices to automatically link to...

AI to help workers return to the office

COVID-19 cloud solutions that build for the future