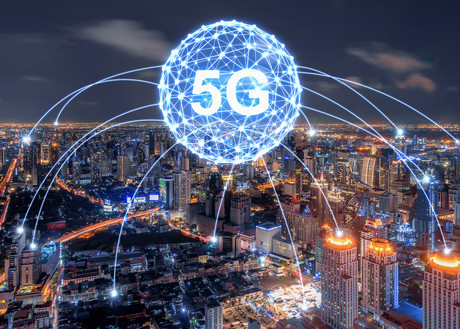 Annual global investments in private LTE and 5G network infrastructure — which includes radio access network (RAN), mobile core and transport network equipment — will reach $8 billion by the end of 2023, according to research from SNS Telecom & IT.

With the standardisation of features such as MCX (mission-critical PTT, video and data) services and ultra-reliable low-latency communications (URLCC) by the 3GPP, LTE and 5G New Radio (NR) networks are rapidly gaining recognition as an all-inclusive critical communications platform for the delivery of both mission- and business-critical applications.

By providing authority over wireless coverage and capacity, private LTE and 5G networks ensure guaranteed and secure connectivity, while supporting a wide range of applications — ranging from PTT group communications and real-time video delivery to wireless control and automation in industrial environments.

The very first private 5G networks are also beginning to be deployed to serve a diverse array of usage scenarios spanning from connected factory robotics and massive-scale sensor networking to the control of automated guided vehicles (AVG) and augmented and virtual reality (AR/VR).

For example, Daimler’s Mercedes-Benz Cars division is establishing a local 5G network to support automobile production processes at its Factory 56 in Sindelfingen, Germany, while the Korea Military Academy is installing a dedicated 5G network in its northern Seoul campus to facilitate mixed reality-based military training programs.

In addition, with the emergence of neutral-host small cells, multi-operator connectivity and unlicensed/shared spectrum access schemes, the use of private LTE and 5G networks in enterprise buildings, campuses and public venues is expected to grow significantly over the coming years.

A number of independent neutral-host and wholesale operators are also stepping up with pioneering business models to provide LTE and 5G connectivity services for both mobile operators and enterprises, particularly in indoor settings and locations where it is technically or economically not feasible for traditional operators to deliver substantial wireless coverage and capacity.

Expected to reach US$4.7 billion in annual spending by the end of 2020, private LTE and 5G networks are increasingly becoming the preferred approach to deliver wireless connectivity for critical communications, industrial IoT, enterprise and campus environments, and public venues.

SNS Telecom & IT estimates that as much as 30% of these investments — approximately $2.5 billion — will be directed towards the build-out of private 5G networks, which will become the preferred wireless connectivity medium to support the ongoing Industry 4.0 revolution for the automation and digitisation of factories, warehouses, ports and other industrial premises, in addition to serving other verticals.

Other key findings of the report include:

Favourable spectrum licensing regimes — such as the German Government’s decision to reserve frequencies in the 3.7–3.8 GHz range for localised 5G networks — will be central to the successful adoption of private 5G networks.

A number of other countries — including Sweden, United Kingdom, Japan, Hong Kong and Australia — are also moving forward with their plans to identify and allocate spectrum for localised, private 5G networks with a primary focus on the 3.7, 26 and 28 GHz frequency bands.

Private LTE networks are expected to continue their upward trajectory beyond 2020, with a spate of ongoing and planned network rollouts, from nationwide public safety broadband networks to usage scenarios as diverse as putting LTE-based communications infrastructure on the Moon.

In the coming months and years, SNS Telecom & IT expects to see significant activity in the 1.9 GHz sXGP, 3.5 GHz CBRS, 5 GHz and other unlicensed/shared spectrum bands to support the operation of private LTE and 5G networks across a range of environments, particularly enterprise buildings, campuses, public venues, factories and warehouses.

The full findings of the research can be found in the report at http://www.snstelecom.com/private-lte.

A full year ahead for the RFUANZ

Training and technology are high on the agenda for 2021, writes the Radio Frequency Users...

Planning for a return to normal in 2021

Following a heavily disrupted 2020, there'll be plenty of issues for the communications...

The Australasian Critical Communications Forum has welcomed Steve Hwang to its board of directors.