The ever-changing future of wireless communications 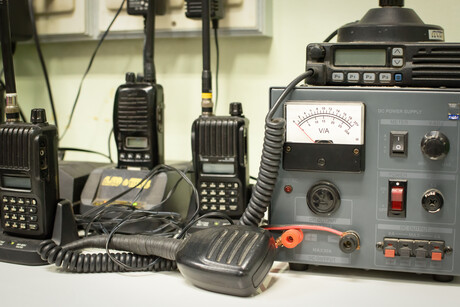 In my role as the Executive Officer of ARCIA, I am exposed to many different aspects of the radio communications industry or, as many now prefer, the wireless communications industry. With my background going back to the time of valves and the introduction of transistors, I probably relate to change more than many.

Recently Hamish Duff, the President of ARCIA, gave a talk at an ARCIA Lunchtime Learning session about the changes in our industry and what the future might hold. As Hamish was preparing his information it struck both of us that almost as fast as you could try to define technology advances, they were already being updated. It is only around a decade ago that digital radio systems were being introduced into our commercial radio markets, yet in that time we have learned that, like the telephony markets, it is the applications that can be used over the digital platforms that open new opportunities.

In the modern world everyone wants to be connected as much as possible — it would be unusual to find a communications system today that does not have at least some form of location capability. Of course, historical two-way radio systems are now also having interfaces to the LTE services of our public carriers through many and varied ‘apps’, plus other devices are also interconnected with technologies like the Internet of Things (IoT).

Many years ago, Sir Angus Tait made the observation that two-way radio would be around for many years, that mobile phones and other technologies would not quickly replace the one-to-many calling features of two-way radio.

That foresight from Sir Angus has held true and, in fact, in the modern world the technologies often are not competing, they are complementing each other. While mobile phones can have applications to be able to talk directly into IP-connected two-way radio systems and vice versa, it is perhaps the devices designed to work on both systems that are now the newer technology. In fact, Tait have recently released products that work as two-way radio devices yet, on losing communications with the radio network, simply switch to an LTE SIM and continue communicating — everything old is new again.

With the development of the Long Term Evolution (LTE) technology for wireless broadband, there have also been the pundits that have forecast the end of traditional radio communications systems and the following demise of the radio dealers who supply and support that sector. The opposite, however, is occurring where many industries are seeing the wireless broadband (WBB) offered by the public carriers does not meet their requirements and they need alternatives.

In a recent paper from the AgriTech Working Group from the Australian Broadband Advisory Council (ABAC) it was defined that because the public carriers coverage template is based on towns and major roads, there are many locations where coverage over the farmers’ paddocks is so poor that they cannot get the benefits of WBB to increase productivity. This is seen as a serious issue for the agriculture sector and there needs to be a solution. From examples in the document, plus others as a result of my own enquiries, it would seem that some farmers are spending in excess of $100,000 trying to find ways to get WBB coverage of their farms.

Of course, this is a potential application for private LTE systems, with the amount that farmers are paying unsuccessfully to get coverage putting such systems into the viable economical alternative category. The main problem with private LTE systems has been the lack of suitable spectrum; however, a recent enquiry by the ACCC to respond to the ACMA regarding allocation limits in remote areas gave ARCIA the chance to point out that there is still potential demand for private LTE systems, maybe even on some of the large pastoral holdings in those remote areas.

For several years now ARCIA have been pressing the ACMA to recognise the need and make spectrum available in a suitable format for private LTE services, a long and hard battle so far and still with no positive outcome, although we are hopeful that the attitudes are changing. In this present financial year the ACMA are conducting some research into the private LTE market to help determine their future spectrum planning options.

The main issue to date had been that, as private LTE is an unknown market and most people just think that the public carriers will provide the services, there has not really been any lobbying power to press the spectrum case.

ARCIA has recognised that many of the potential users of private LTE services are already clients of the radio communications industry — we supply and maintain their existing communications systems. With that in mind, it has been our association and our members who have been trying to raise the flags to get the spectrum issues addressed. Over recent months ARCIA has responded to not only the ACCC enquiry, but also a couple of ACMA discussion papers that could potentially open up the spectrum availability for private systems.

So, for this grumpy old man, after having spent many years in the radio industry and having discovered just how much it is critical to daily life, it is comforting to see that our industry can survive for many years to come. To those young people just starting their careers in radio, you can be assured that you can have a lifetime career in this great industry.

Grasp the future, it is strong and our industry is essential.

Half of Australian enterprises have invested in mobile technology but most admit only partially...