The National Council for Fire and Emergency Services
Thursday, 16 December, 2021 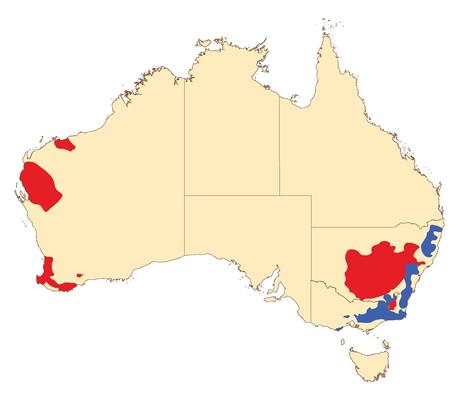 After a disastrous summer last year and La Niña drenching the east coast, are our firefighters in for another tough season?

AFAC, the National Council for fire and emergency services, has released its Bushfire Seasonal Outlook for Summer 2021, with varied fire potential for locations across Australia.

Recent rainfall has resulted in average to above average soil moisture and stream flows across large parts of eastern Australia. Influenced by the current La Niña event, the outlook for summer suggests above-average rainfall is likely over eastern parts of the country. The negative Indian Ocean Dipole, which has contributed to the wetter conditions over spring, is very likely to end in early December, as is typical of its seasonal cycle.

Despite this, the summer 2021 outlook presents above normal fire potential for large areas of NSW containing crop and grassland fuels, based on reports of high grass and crop fuel loads. Good growing conditions are forecast to continue with significantly above average yields from crops expected.

In Western Australia, the above normal fire potential in the north is driven by above average daily minimum and maximum temperatures forecast across much of the state, combined with observed above average grass fuel loads. In the south of WA, increased grass growth has also increased the summer potential of bushfires.

Below normal fire potential is predicted in the ACT, NSW and Victoria due to increased rainfall and areas burnt during the 2019–20 fires.

While most of Australia shows normal bushfire potential during the summer outlook period, destructive and deadly fires can still occur during normal bushfire seasons across Australia. Fire potential can vary greatly, even at the smaller scale, between bordering states and territories. Each state and territory’s assessment considers different land use types and vegetation types. This in turn is influenced by different forecasts for temperature and rainfall over these regions. The Outlook provides further detail on each state and territory’s fire potential.

“Developed by fire and emergency services and the Bureau of Meteorology, the Outlook provides a national picture of fire potential to assist operational and strategic planning for the coming months. This is especially important as they balance the risk of bushfire this summer with the risks associated with a La Niña event, such as an increased chance of rainfall and the number of tropical cyclones that form.

“Managing these concurrent risks reflects the complex environment that fire and emergency service professionals operate in. The Outlook is the result of fire agencies working together to map Australia’s fire potential for the upcoming season, and provides the evidence base for agencies to make key decisions to keep communities safe this summer.”

The ever-changing future of wireless communications

Grasp the future, it is strong and our industry is essential.