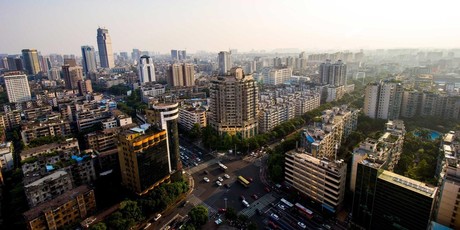 Airbus is on track to supply three new Chinese metro lines with TETRA technology by 2020, with one system expected to be up and running by the end of 2019.

The operation will secure communications across three lines in cities containing 16.8 million people.

Already, work is underway on Heifei’s 33 km metro line, which is set to receive a Taira switch server — designed to help hybridise TETRA with the broadband/LTE network — several TB3 base stations and over 600 TETRA terminals that will be ready for use by the end of this year.

Foshan’s metro line two will also receive a Taira switch server and several TB3 base stations, with the addition of 600 TH1n and TMR880i terminals.

Finally, Qingdao will gain several new TB3 base stations and more than 700 terminals along metro line three, making it the city’s third line to be equipped with Airbus’s radio technology.

According to Airbus’s Secure Land Communications website, the company has been supplying Chinese metro lines with TETRA communication systems since 2004. Currently they serve 19 lines in China and several others in France, Germany and Finland.

TCCA will host a series of Critical Update webinars to convey some of the collaborative work...